At the moment I am working in a lot of customer cloud deployment projects and the huge topic at the moment are networking and storage. In the networking part there is a lot of talk going on, on “small” things like NIC Teaming and also on bigger topics like Network Virtualization. On the storage part I think a lot of customers are ready to take new approach to save money and get a better solutions. The main parts I talk a lot about is Storage Spaces and Hyper-V over SMB. I already wrote a lot about Hyper-V over SMB, which is not only in my opinion the future of storage. EMC released a solution overview for their EMC VNX and VNXe solution which offer SMB 3.0. EMC calls SMB 3.0 “The Future of Storage”.

SMB 3.0 is the Future of Storage

SMB 3.0 in Windows 8 clients and Windows 2012 servers is the future of storage protocols. It gives excellent performance with low CPU overhead – plus fault tolerance. Its load balancing/scaling will adjust throughput to available NICs and it also supports simultaneous access by multiple cluster hosts, with build-in arbitration for data consistency. There’s also file-share VSS (RVSS) backup support that facilitates the capture of application-consistent backups on SMB shares. This resiliency, combined with increasing Ethernet speeds, open up the potential for demanding, mission critical workloads such as Hyper-V and Microsoft SQL Server, to be placed on NAS.

You can read more here: EMC VNX and VNXe with Microsoft SMB 3.0

As I already mentioned I deployed SMB 3.0 and Hyper-V over SMB a couple of times and for me this is absolutely the way to go: No Fiber channel, no more iSCSI. And it’s funny that EMC the owner of VMware is calling SMB 3.0 the Future of Storage. I have to admit the EMC VNX and VNXe solutions on paper look pretty great and it looks like EMC did a great job implementing SMB 3.0. Unfortunately I could not test and VNX or VNXe yet.

Btw make sure you read my other blog post on SMB 3.0:

Thomas works as a Senior Cloud Advocate at Microsoft. He engages with the community and customers around the world to share his knowledge and collect feedback to improve the Azure cloud platform. Prior joining the Azure engineering team, Thomas was a Lead Architect and Microsoft MVP, to help architect, implement and promote Microsoft cloud technology.   If you want to know more about Thomas, check out his blog: www.thomasmaurer.ch and Twitter: www.twitter.com/thomasmaurer
← Previous Story
Windows 8.1 Windows Server 2012 R2 and System Center 2012 R2 now available
→ Next Story
Update Rollup 4 for System Center 2012 Service Pack 1 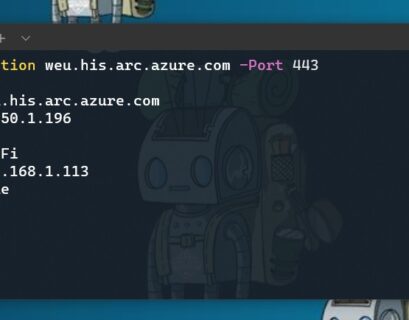 To onboard a server to Azure Arc, you will need to install the Azure Connected Machine Agent, which communicates outbound securely to Azure...
Read More →

Currently, you can test Windows Server 2022 by installing the latest preview builds (Like Windows Server Preview Build 20344). As you might...
Read More →

Yesterday it was time for me to take another Microsoft certification exam. This time it was one of the new Microsoft Security certification...
Read More →

Azure Arc enabled servers allows you to add on-premises servers or servers running on another cloud provider. The onboarding is done by...
Read More →