SMB is a huge topic since Windows Server 2012 and together with the concept of Converged Networking there was one very important features missing, and this was QoS (Quality of Service) for SMB traffic. With Windows Server 2012 R2 Microsoft addressed that and added a new feature called SMB Bandwidth Limits. SMB Bandwidth Limits allow you do separate different types of SMB traffic and limit them.

There are three different default types of SMB categories:

For example you could limit the Default SMB traffic and the Live Migration traffic and leave the Virtual Machine Storage traffic unlimited.

To set this up you have first to enable the feature over Server Manager or Windows PowerShell.

You can configure the SMB Bandwidth Limits via Windows Powershell

Thomas works as a Senior Cloud Advocate at Microsoft. He engages with the community and customers around the world to share his knowledge and collect feedback to improve the Azure cloud platform. Prior joining the Azure engineering team, Thomas was a Lead Architect and Microsoft MVP, to help architect, implement and promote Microsoft cloud technology.   If you want to know more about Thomas, check out his blog: www.thomasmaurer.ch and Twitter: www.twitter.com/thomasmaurer
← Previous Story
Microsoft Arc Touch Mouse Surface Edition
→ 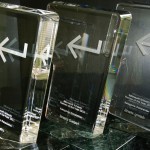 One Reply to “Hyper-V over SMB: SMB Bandwidth Limits”