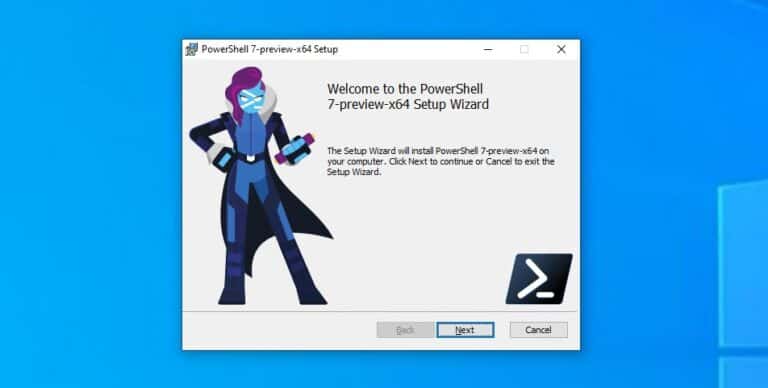 How to Install and Update PowerShell 7

If you want to know more about the roadmap, check out Steves blog post.

One great example of how cross-platform PowerShell can work, check out my blog post: How to set up PowerShell SSH Remoting.

As mentioned PowerShell 7 is currently in preview. You can download and install it manually from GitHub. However, the easiest way to install it is to use the following one-liners created by Steve Lee (Microsoft Principal Software Engineer Manager in the PowerShell Team). You can also use the same one-liners with different parameters to install the current GA version of PowerShell 6.

If you are installing the PowerShell 7 Preview, this will be a side by side installation with PowerShell 6. You can use the pwsh-preview command to run version 7.

One-liner to install or update PowerShell 7 on Windows 10

You can use this single command in Windows PowerShell to install PowerShell 7. The difference between the installation of version 6 versus version 7 is the -Preview flag.

There are additional switches to, for example, install daily builds of the latest PowerShell previews.

-Destination
The destination path to install PowerShell Core to.

-Daily
Install PowerShell Core from the daily build.
Note that the ‘PackageManagement’ module is required to install a daily package.

-Preview
Install the latest preview, which is currently version 7. This will

-UseMSI
Use the MSI installer.

-Quiet
The quiet command for the MSI installer.

-DoNotOverwrite
Do not overwrite the destination folder if it already exists.

One-liner to install or update PowerShell 7 on Linux 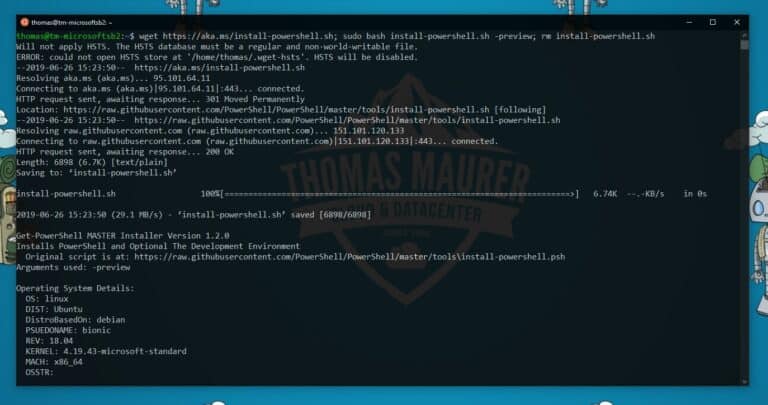 Depending on your distro you are using, this will register Microsoft’s pkg repos and install that package (deb or rpm).

You can also use the following switches:

To currently run the PowerShell Preview, you can run the following command:

After you have installed PowerShell 7, also make sure to update PowerShellGet and the PackageManagement module.

Remember PowerShell 7 is still currently in preview, if you have any questions, please let me know in the comments.

7 Responses to How to Install and Update PowerShell 7