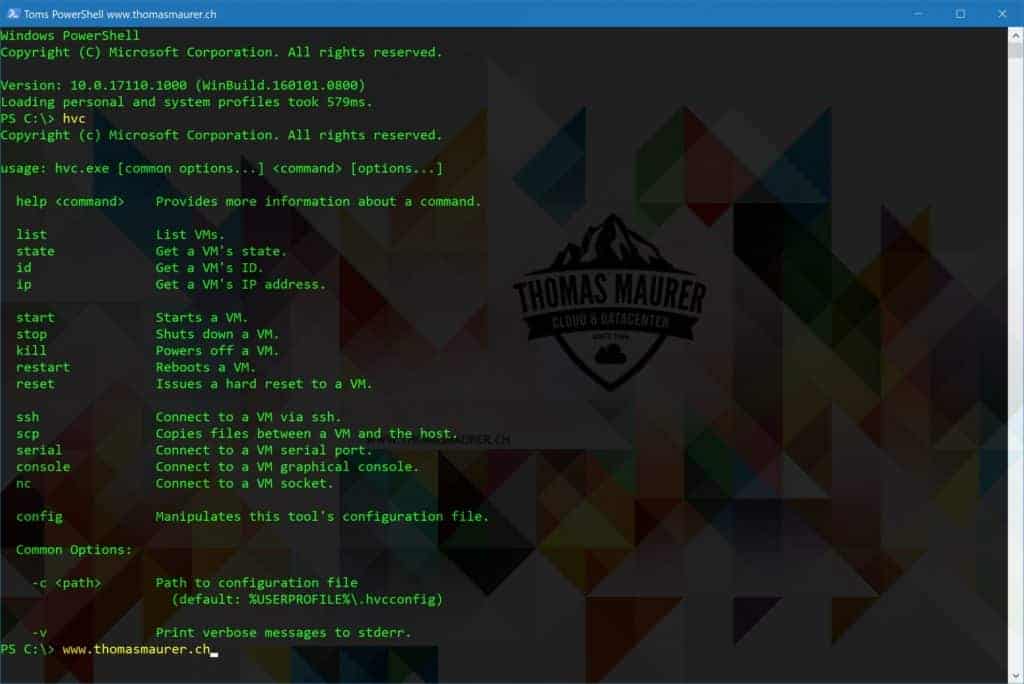 This allows connecting to a Linux VM using SSH over the Hyper-V VMBus. You are also able to copy files inside a virtual machine using scp, similar to Copy-item -ToSession using PowerShell Direct. You can read more about PowerShell Direct on my blog or the Microsoft Doc pages.

How to connect to Linux VMs using SSH Direct

To connect to Linux VMs using SSH Direct (HVC) type hvc.exe into the command line or PowerShell. This will give you all the possible command options. Of course, SSH has to big configured inside the Linux virtual machine.

To make this work, the SSH server inside the VM needs to be configured.

A pretty cool tool which will be available in the official releases of Windows 10 and Windows Server 1803, released this spring. Later this year this feature will also be included in Windows Server 2019. If you want to try it out today, give the Windows Insider Preview builds a spin.

Thanks to Ben Armstrong for pointing this out ;)