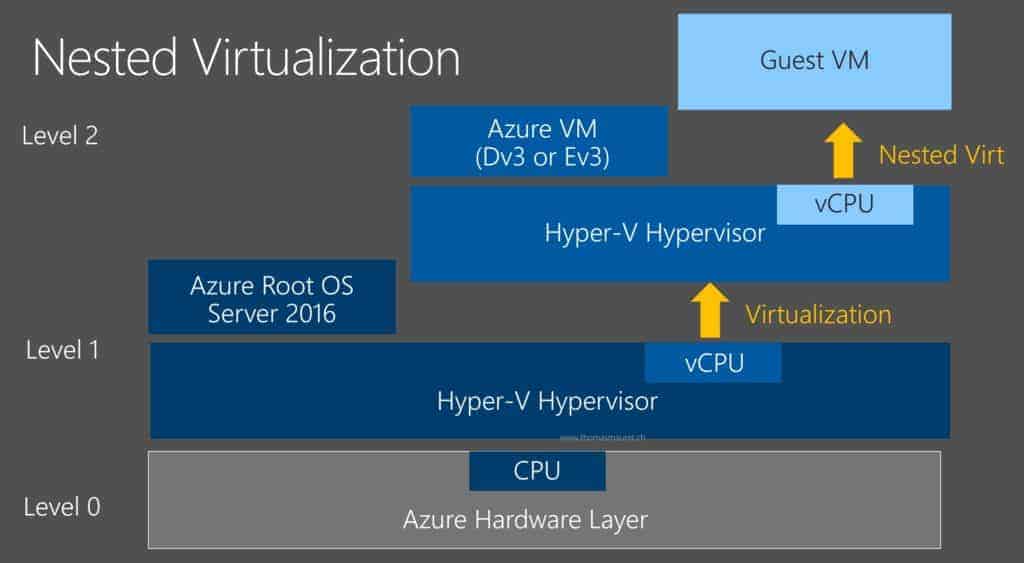 Update: The new Azure Dv3 and Ev3 VM sizes are now available, and you can now use Nested Virtualization in Azure. 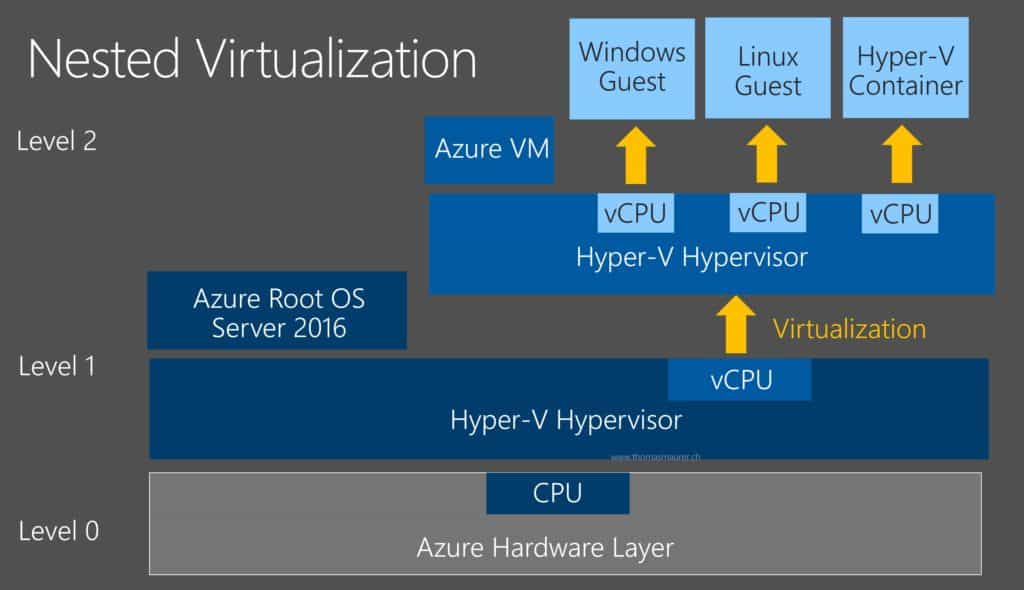 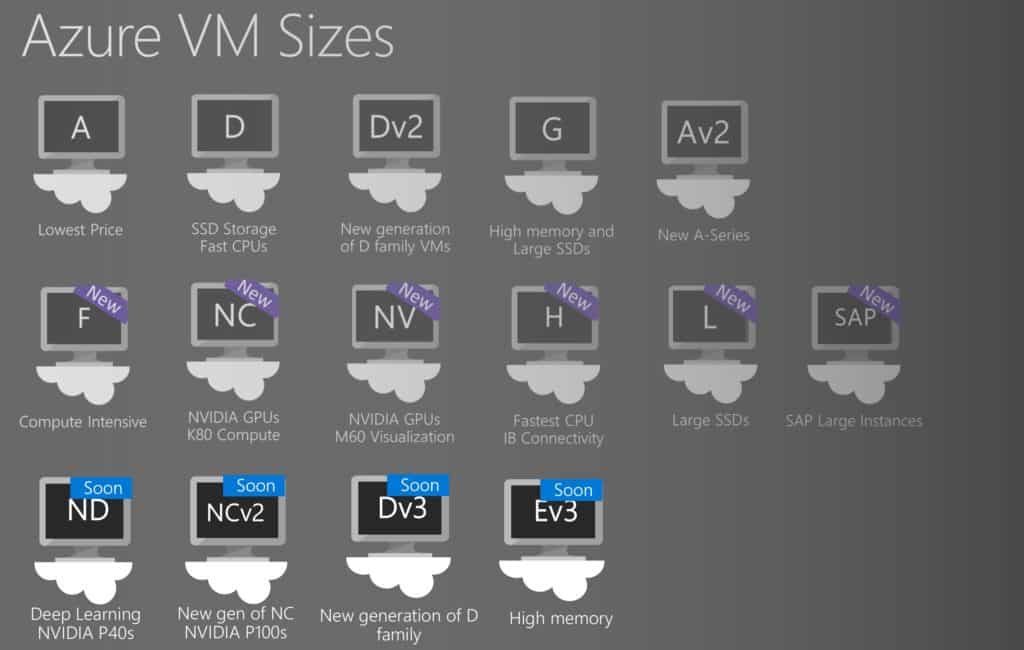 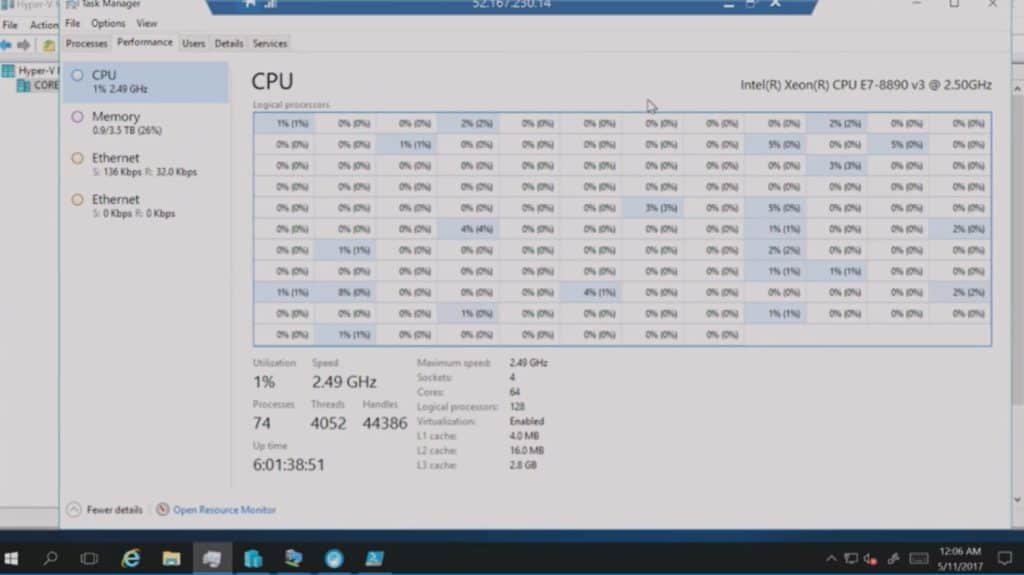 As you could see in the demo, they are offering quite large Virtual Machines with a lot of RAM, running on Intels Xeon E7 CPUs.