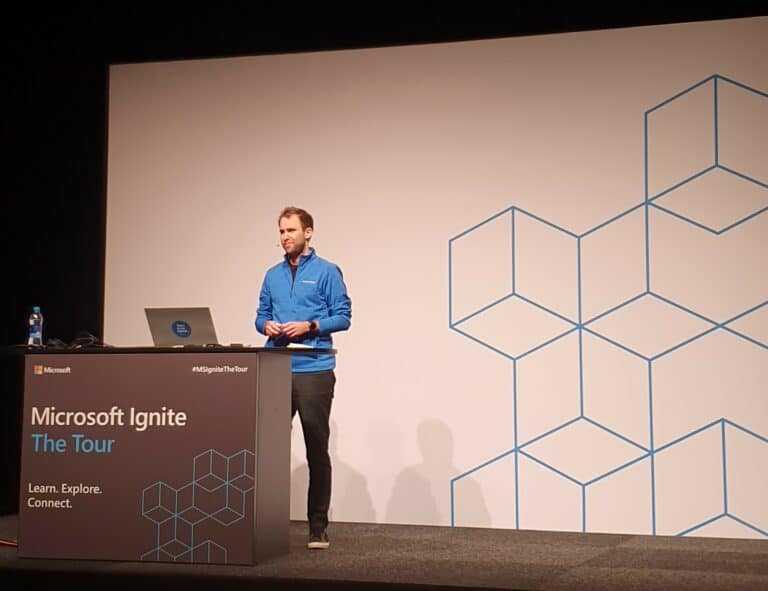 Our industry-leading conference is hitting the road—and coming to a city near you. You don’t want to miss the very latest in cloud technologies and developer tools with guest speakers, industry experts, and more. Get on the list today!

I will be speaking in the Microsoft Ignite The Tour learning paths. I am thrilled to show you some cool stuff about PowerShell, Windows Server 2019, Windows Admin Center, Azure Arc, and much more! I will be presenting the following sessions:

Tailwind Traders has now migrated the majority of their server hosts from Windows Server 2008 R2 to Windows Server 2019. Now, they are interested in the Azure hybrid technologies that are readily available to them. In this session, learn how Tailwind Traders began using Windows Admin Center and Azure Arc to manage its fleet of Windows Server computers and integrated hybrid technologies, such as Azure File Sync, Azure Site Recovery, and Azure Update Management, to improve deployment performance and manageability.

Now that the migration of their server hosts from Windows Server 2008 R2 to Windows Server 2019 is complete, Tailwind Traders wants to begin the process of “lift and shift”: migrating some of their on-premises VMs they’ve been running in their datacenter. In this session, learn about how Tailwind Traders began the process of migrating some of their existing VM workloads to Azure and how this allowed them to retire aging server hardware and close datacenter and server rooms that were costing the organization a substantial amount of money.

Tailwind Traders’ deployments are occurring in an ad hoc manner, primarily driven by lack of protocol and unapproved decisions by various operators or employees. Some deployments even violate the organization’s compliance obligations, such as being deployed in an unencrypted manner without DR protection. After bringing their existing IaaS VM fleet under control, Tailwind Traders wants to ensure future deployments comply with policy and organizational requirements. In this session, walk through the processes and technologies that will keep Tailwind Traders’ deployments in good standing with the help of Azure Blueprints, Azure Policy, role-based access control (RBAC), and more.

I am looking forward to speaking at Microsoft Ignite The Tour (MITT) 2019-2020 in Milan. Let me know in the comments if you are going too, and I hope to see you there!