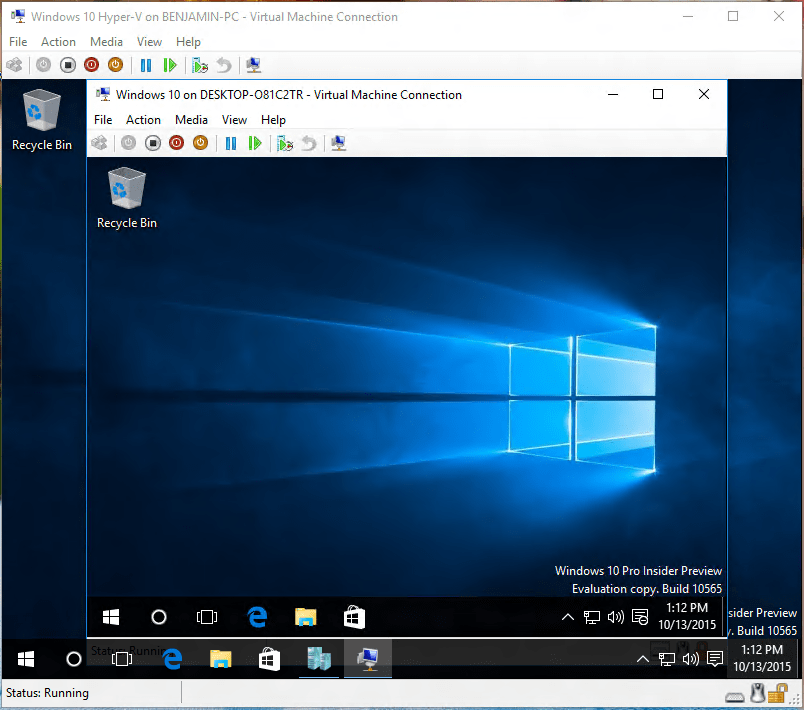 This week Microsoft released a new Windows 10 Insider Preview build to the Windows Insiders. It brings a couple of new features to the OS, but Ben Armstrong (Hyper-V Program Manager at Microsoft) mentions in a blog post that it also brings a preview of Nested Virtualization to Hyper-V in Windows 10. Nested Virtualization allows you to run Hyper-V inside a VM. This is prefect for Lab and Training scenarios, so you can run multiple Hyper-V server without the need of a lot of physical hardware.

So how can you enable Nested Virtualization in this early preview build? Theo Thompson describes this in a blog post:

Given the configuration requirements (e.g. dynamic memory must be off), we’ve tried to make things easier by providing a PowerShell script.

This script will check your configuration, change anything which is incorrect (with permission), and enable nested virtualization for a VM. Note that the VM must be off.

Step 3: Install Hyper-V in the guest

From here, you can install Hyper-V in the guest VM.

Once nested virtualization is enabled in a VM, MAC spoofing must be enabled for networking to work in its guests. Run the following PowerShell (as administrator) on the host machine:

This is still a very early preview and this means this feature still has a lot of know issues: