What’s next for Windows 10

Microsoft yesterday held the January event about the next generation of Windows and showed some great new features of Windows 10. If you have watched the Windows 10 webcast, you have seen that Microsoft announced and showed a lot of new stuff yesterday. In this post I do a quick summary about this Windows 10 event. Spoiler alert, since this was a consumer event, there were no news about Windows Server or System Center.

Windows as a Service

Well the first great news yesterday was that Windows 10 will be a free upgrade in the first year for Windows 8.1, Windows Phone 8.1 and Windows 7 users. After that Microsoft tries to keep the install base very up-to-date to make it easier for developers to develop and deploy new apps to customers.

Joe Belfiore demoed some great new features and the experience you get with new Windows 10. One of the great things you will see that there will be just one version of Windows 10, everything should be one platform. He also demoed the new Action Center and the new Start menu.

Continuum Mode was announced back in September. Continuum helps two-in-one devices to switch between different modes such as desktop mode with mouse and keyboard and tablet mode using touch input. So you always get the best experience when using the device.

Another big news was the release of Cortana for Windows. Cortana is the personal digital assistant you already know from Windows Phone. Microsoft also showed some great improvements and how Cortana can make your life easier.

Microsoft also announced that Windows 10 will be coming to phones and small tablets.

Microsoft officially showed a new browser called Project Spartan, which will bring the latest web standard to the Microsoft web platform and some other cool features like digital inking and Cortana integration.

Microsoft bring several universal apps to the Windows 10 platform like a great new Photo, Video or Music apps. This apps are running across several devices such as phones, tablets, desktops, TVs and the Xbox One.

Not only Windows integrated apps are coming as universal apps, Microsoft is also releasing a touch-friendly version of Office as universal app which will run Outlook, Word, Excel and PowerPoint across different devices types.

Microsoft also demoed a new Xbox app on Windows 10. The Xbox App will allow you to get your Xbox experience to Windows 10. This will bring multiplayer across devices (PC and Xbox One), Game DVR, Game streaming (from Xbox One to PC) and DirectX 12.

One of the biggest things Microsoft announced yesterday was the Microsoft HoloLens which is the world’s first holographic computing platform. With Windows 10, holograms are Windows universal apps and Windows universal apps can work as holograms, making it possible to place three-dimensional holograms in the world around you to communicate, create and explore in a manner that is far more personal and human. 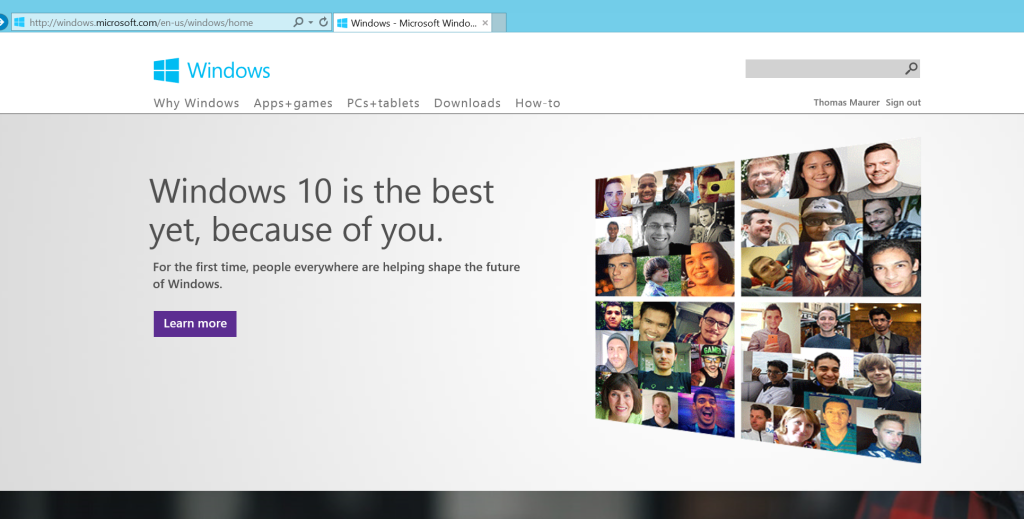 Microsoft did talk a lot about the Windows Insider Program and the feedback they are getting from a lot of people around the world.