At the Microsoft MVP Summit back in February I had the chance to get a brand new Microsoft Surface Pro, after I already used a Surface RT which a had since November 2012. I already wrote a very small review a few days after I got it in the Microsoft Store in Bellevue WA and used it during the MVP Summit.

Since I am back from Redmond I am using my Surface Pro for work when I am on the road, at customers, working at the office, at university, at hotels or at home when I am working in the living room. Basically the Surface is my daily companion. At home and for long flights I still use the Surface RT because it’s lighter, has better battery life and it because of it size and weight it feels more like a tablet.

And here are my impressions after I used it now for two months. 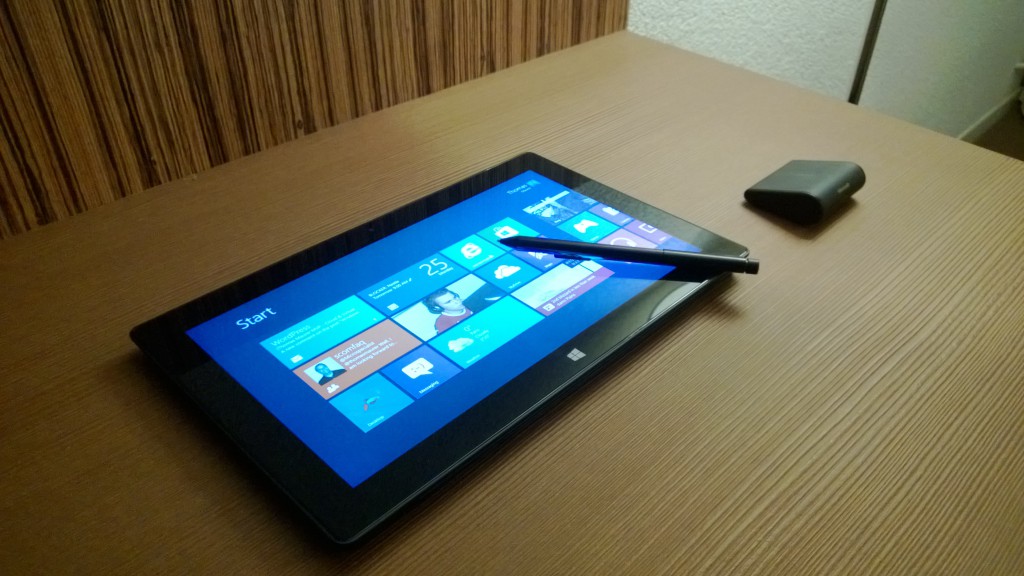 Hardware quality – The build quality of the hardware is just amazing. As the Surface RT the Surface Pro is just high quality hardware. Even after 2 months this piece of hardware still looks great and elegant. There is nothing broken or anything else which I am unhappy about. I really like to work with great devices that’s was one of the reasons I used Apple products some years ago and I still think Microsoft is maybe the only one who can keep up with the quality of Apple hardware, because most of the other OEM’s do not get it right.

Amazing display – The screen of the Surface Pro is great with a good contrast and great colors like the Surface RT but with a Full HD resolution. I am really happy with the Full HD resolution, especially when I am working with System Center products or I am taking notes with OneNote.
I am using my Lenovo ThinkPad X1 for lab installations and testing, and the screen is terrible if you compare it to the Surface Screen. The only problem I had with the Surface Pro is that it’s hard to sit in front of a 10.6” screen for like 8-10 hours. At the office I don’t have this problem because I can use a external monitor and most of the customers I work for are doing the same, so this isn’t a big issue.

Digital Ink – The Surface Pro comes with a digitizer pen which is perfect to take notes with OneNote and other stuff. As I mentioned I am using the Surface Pro at work and at university. At university I am using the pen mostly to take notes and mark some important stuff in documents. At work I am not only using it to take notes, it’s also great during workshops or presentation, where you quickly want to draw something instead of using a whiteboard or a flipchart. 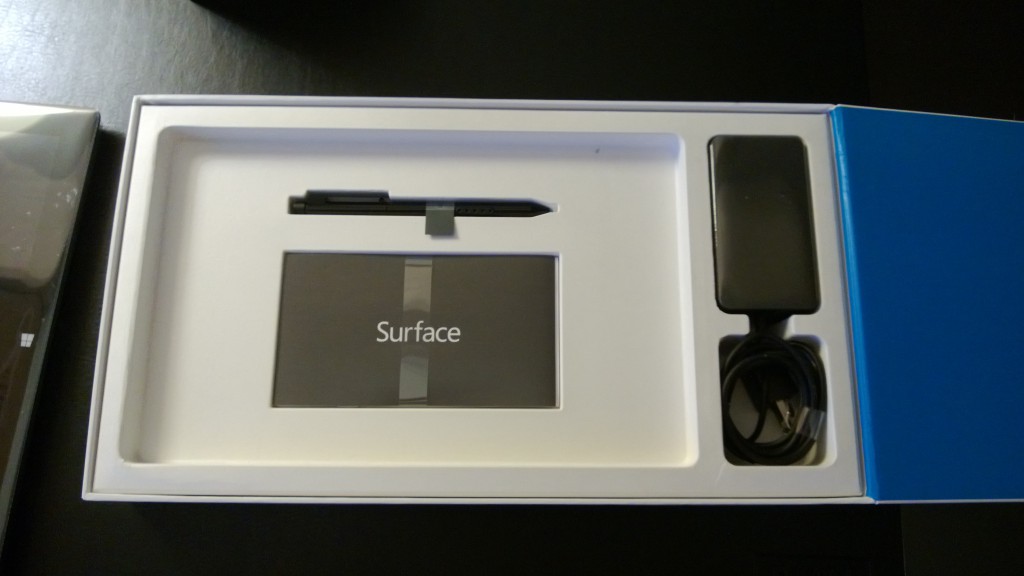 Features – Well many people already know about features like the kickstand or the Touch and the Typecover, which is by the way pretty good to write on and I am used to use a ThinkPad which has an amazing keyboard. Another cool and useful feature is the build in USB charging port in the power adapter, which lets you charge another phone even if the Surface USB port is already used by another device.

Size and weight – The Surface Pro is not much thicker and heavier than the Surface RT but if you compare them site by site it’s a big difference. Even my Lenovo ThinkPad X1 was a very light and small business ultrabook, the Surface Pro feels a lot lighter and needs a lot less space and is much easier to carry it around.

Battery life – Same as the size the battery life is not like it would be on a normal tablet. I got in my tests 4-5 hours of battery life, when I am working 100% on my Surface Pro. During time at university I get around 6 hours which is enough for one day. During long flights it does not really make sense to use the Surface Pro because the only thing I need there is Office 2013, to work on presentations and documents, a video player to watch movies and of course a lot of battery life to do all this things. The Surface RT is much more suitable for this scenario.

Accessories – If you want to replace your notebook with the Surface Pro you may need three things, except the Type- or Touchcover. First you need a adapter for VGA or HDMI output so you can connect a projector or external monitor. The Surface Pro has a Mini-DisplayPort output and offers two adapters, one for HDMI and one for VGA, but you can also use adapters from other vendors.

The second thing you need is a USB to Ethernet adapter, because most of the enterprise customers do not offer Wifi access to their network and business users basically need a Ethernet port. The downside of using such a adapter is that you loose the only USB port and this can be a problem if you want to use a USB drive or a external disk at the same time. Microsoft offers also a USB to Ethernet adapter but like for the display adapter you can also use other adapters.

The last thing you need is a mouse, even you have a touchscreen and a trackpad, there are a lot of thing which are much more efficient with a mouse. I use the Microsoft Wedge Touch Mouse Surface Edition which is small and perfect if you travel.

Software – Windows 8 is the perfect mix from desktop and tablet OS. For a lot of people the mix of two different UIs is something bad, for me its just the best solution because the OS offers me the best from both worlds. I am also a huge fan of the Microsoft Account integration which syncs settings from all your devices.

SkyDrive and SkyDrive Pro make my life a lot easier, I don’t really have to copy files between different devices because they are available everywhere and get synced automatically. And Office 2013 or Office 365 Home Premium integrated perfectly in this scenarios and you get 20GB of extra SkyDrive storage.

The Xbox integration with the Xbox Smart Glass technology is just perfect, if you are sharing media in the living room or watch movies or listen to music it’s the a great Xbox companion.

Conclusion – Well after two months I don’t carry my notebook anymore, the Surface Pro totally replaced it not only because it is much smaller and lighter, not it only because of the additional features I get with the Surface, for example the Touchscreen, the tablet form factor and the digitizer pen.

My wish list for the next Pro version would be:

Microsoft announced yester day that they will expand the Surface Pro and Surface RT availability. Surface Pro will launch before the end of May in Australia, Austria, Belgium, Denmark, Finland, France, Germany, Hong Kong, Ireland, Italy, Luxembourg, New Zealand, the Netherlands, Norway, Portugal, Spain, Sweden, Switzerland, and the United Kingdom. Surface Pro will launch in Korea, Malaysia, Russia, Singapore, and Thailand before the end of June. Surface Pro is currently available in the U.S., Canada, and China. Thanks to Bjorn for the link.

Thomas works as a Senior Cloud Advocate at Microsoft. He engages with the community and customers around the world to share his knowledge and collect feedback to improve the Azure cloud platform. Prior joining the Azure engineering team, Thomas was a Lead Architect and Microsoft MVP, to help architect, implement and promote Microsoft cloud technology.   If you want to know more about Thomas, check out his blog: www.thomasmaurer.ch and Twitter: www.twitter.com/thomasmaurer
← Previous Story
Cannot remove Hyper-V Host from SCVMM
→ Next Story
Windows Server 2012 Hyper-V: Configure VM Processor Compatibility via PowerShell