With Microsoft now offering a range of products to manage your Cloud and Datacenter environments, the question comes up “which is the best solution?”. It is not only depending on the size of your company, it also depends on which services you are using and what your job role is. Coming from the Azure site, you have Azure Security and Management, which allows you not only to manage your Azure resources but also integrates and extends with your on-premises environment. System Center is aimed to manage datacenter environments at scale, and Windows Admin Center helps you to dig deeper to manage individual servers or single cluster management. Both Windows Admin Center and System Center 2019, can be used side by side and both are integrated into Microsoft Azure. 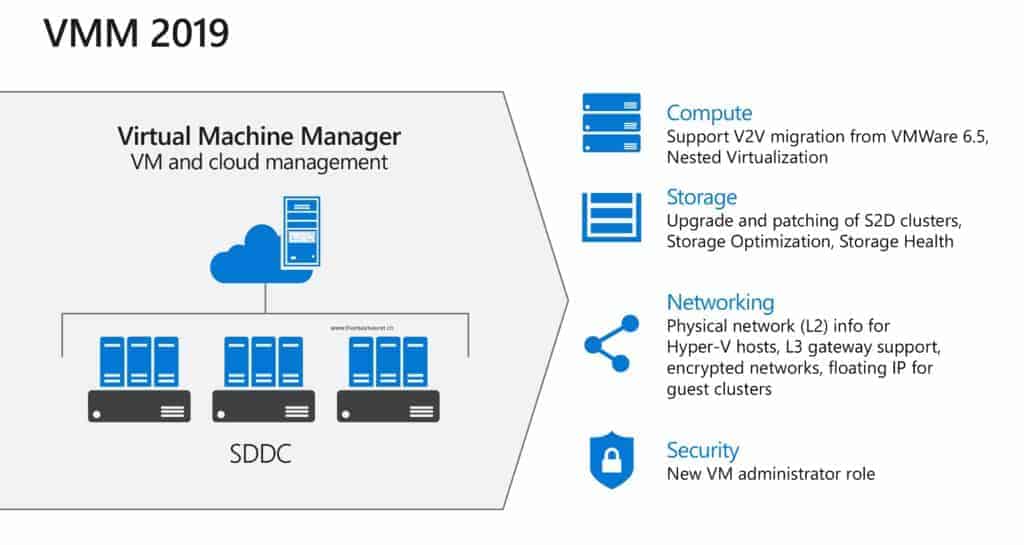 Microsoft is also working on a Hybrid Cloud Integration using Microsoft Azure, for services like Azure Update Management, ASR, Azure Backup, Automation, Azure Migrate and more. This is kind of similar to the integration in Windows Admin Center. 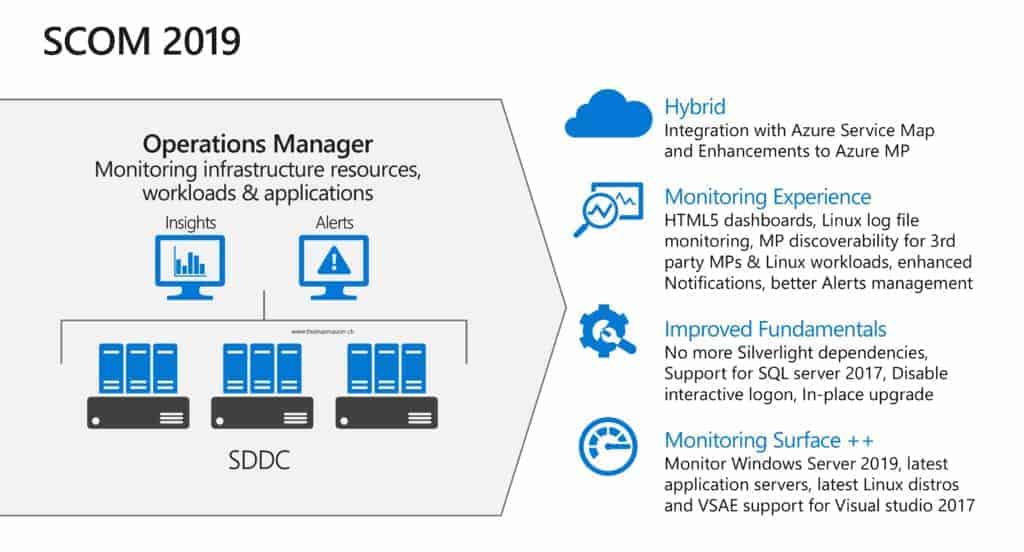 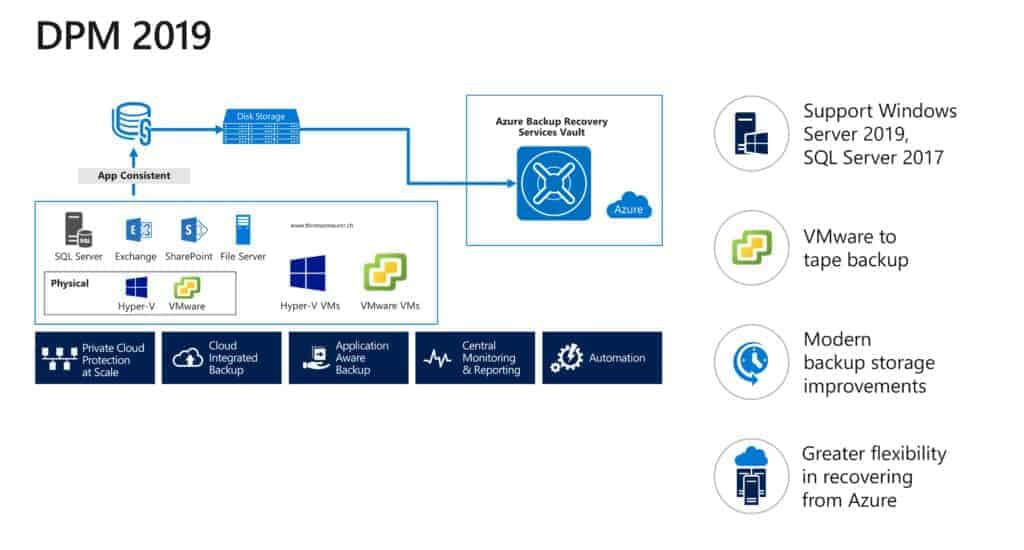 Like VMM and SCOM, also System Center Data Protection Manager gets a couple of updates. 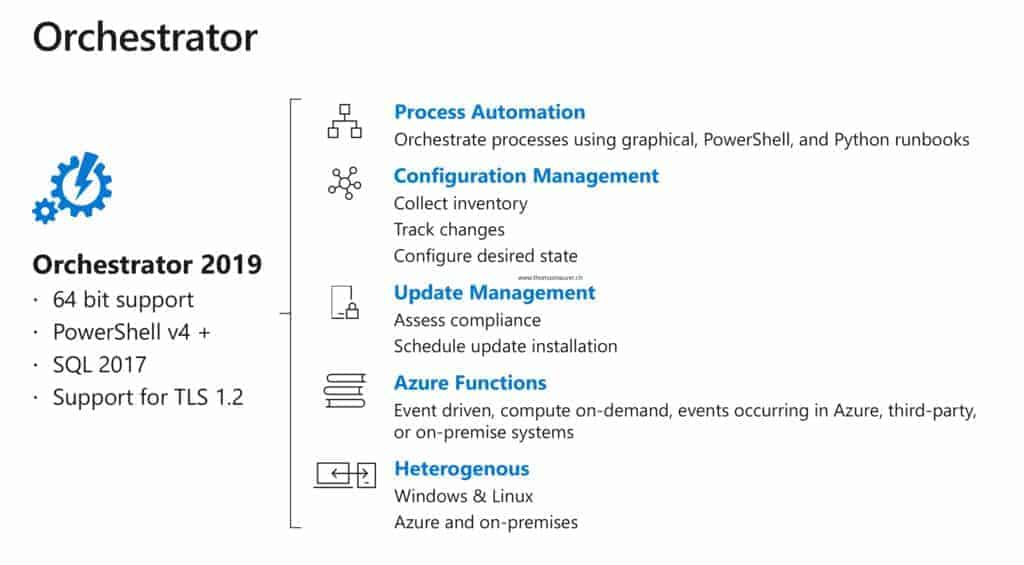 System Center Orchestrator gets some minor but essential updates. 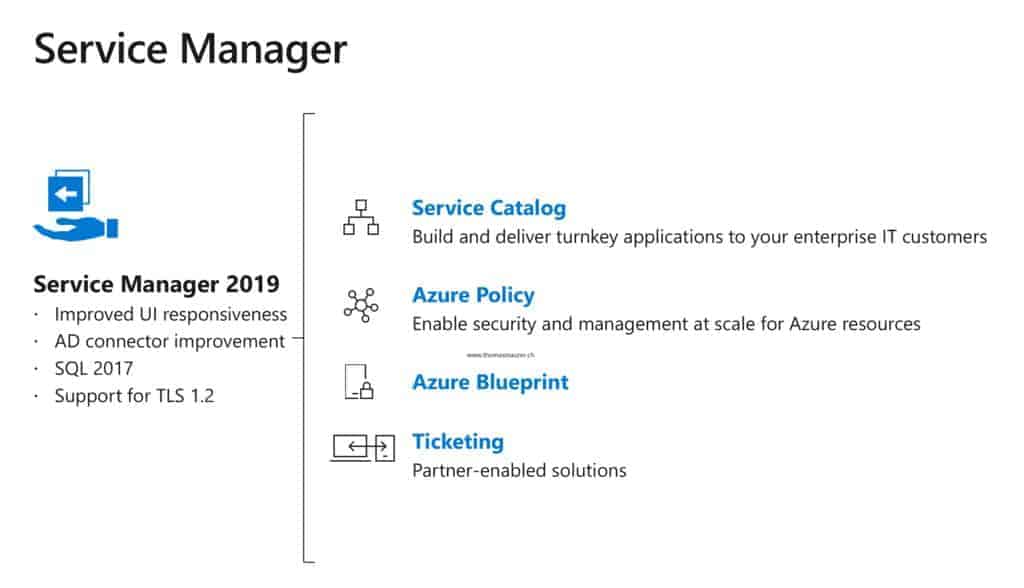 System Center 2019 will be a LTSC release and is planned to be released in Q1 2019. Until then we might see some other improvements and some more details about the release.

Finally, we are making changes to System Center release cadence to optimize the way we are delivering new features. System Center has two release trains today – LTSC and SAC. There is also a release train called Update Rollups (URs).

Most of our customers use Long Term Servicing Channel (LTSC) like System Center 2016 to run their data center infrastructures. LTSC provides five years of mainstream support and five years of extended support – with Update Rollups (UR) providing the incremental fixes and updates. From talking to customers, we learned that LTSC works better for most System Center deployments as the update cycles are longer and more stable.

If you have any questions, let me know in the comments.