This guide should give show a quick insight into the Virtual Machine Servicing Tool.

After you have installed the Virtual Machine Servicing Tool and added the psexec to the bin folder of the tool you have to do a quick configuration of your environment. 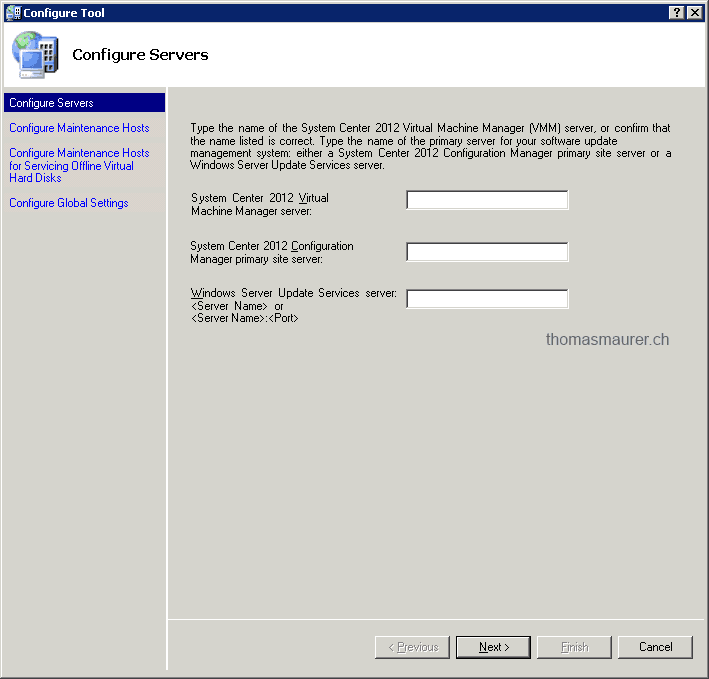 The second configuration step is to choose the Hyper-V hosts which will be used for the maintenance and servicing jobs. You need this if you update an offline virtual machine which is stored in your library. The virtual machine will be deployed on these hosts and will be patched before they will be saved in the SCVMM library again. 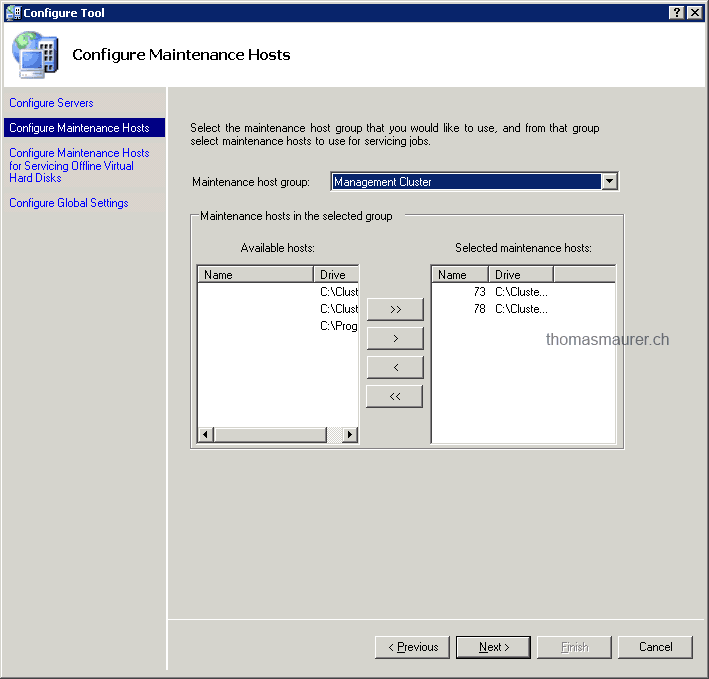 The Maintenance host for servicing offline virtual hard disk will be the place where VHD will be attached and the update packages will be injected. 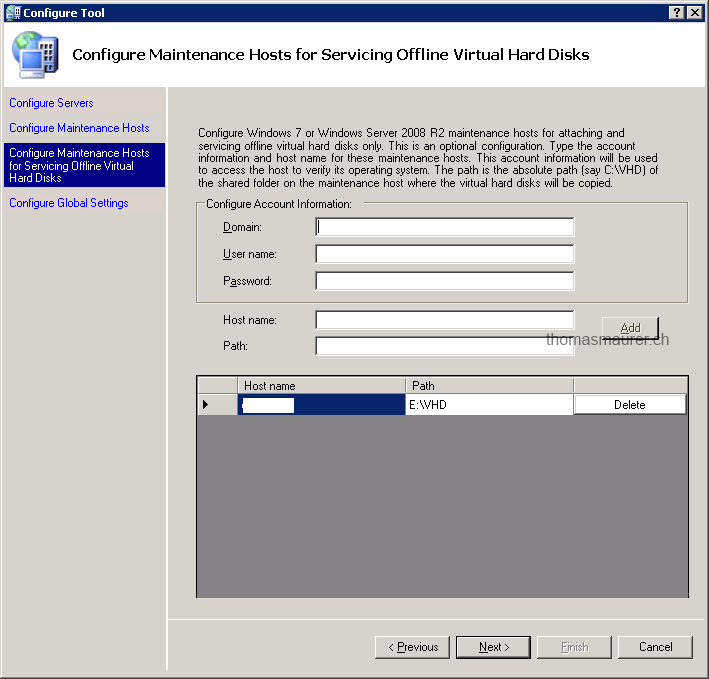 After you have done these simple setup steps you can now start patching your offline Virtual Hard Disks (VHDs). In the VMST Console you can create a new Servicing Job. 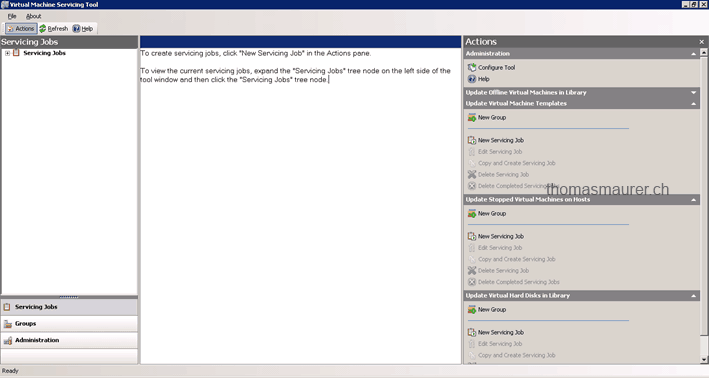 First you have to choose a name for the servicing job and a update source, this could be a WSUS server or update packages stored in a folder. 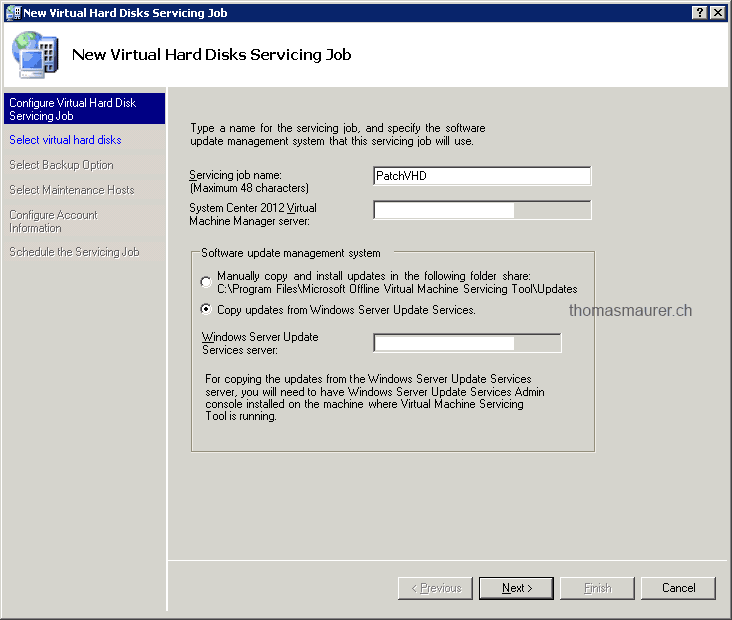 Now you have to select the VHD you want to update. 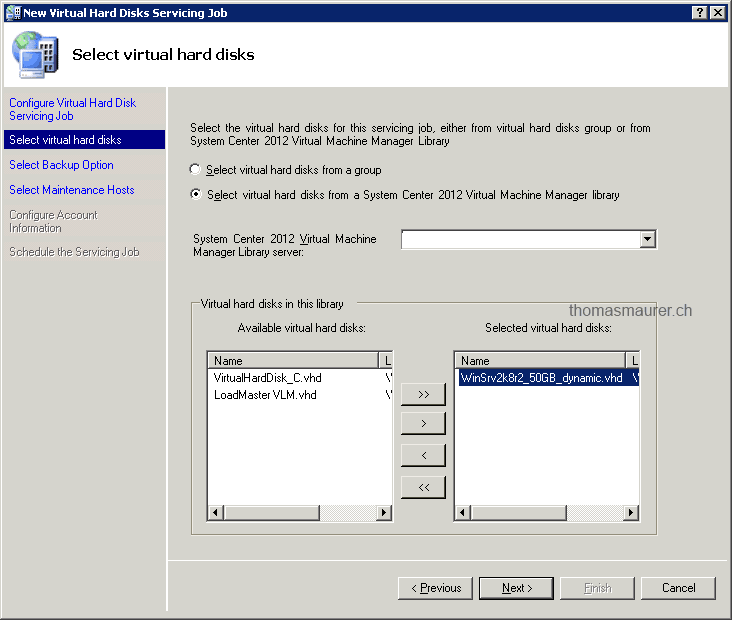 You have to select one of your maintenance hosts 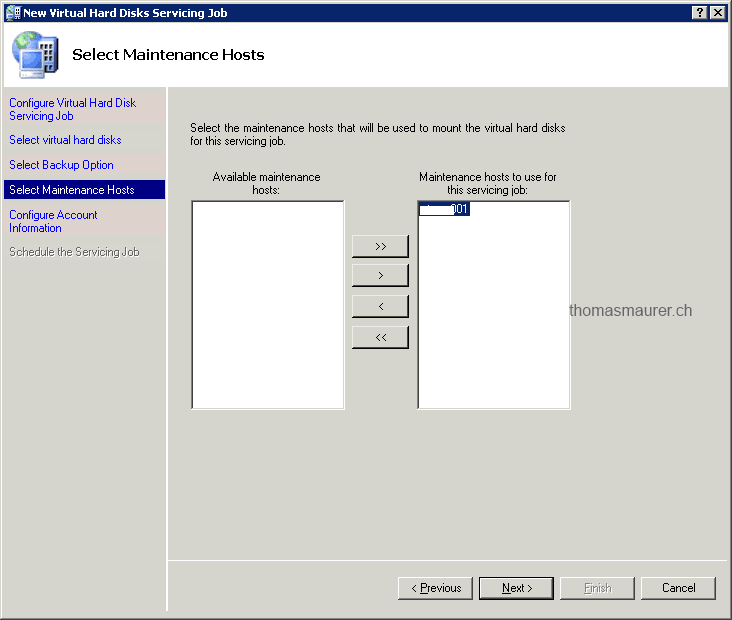 And after the servicing job has been started you can watch the process in your VMST console. 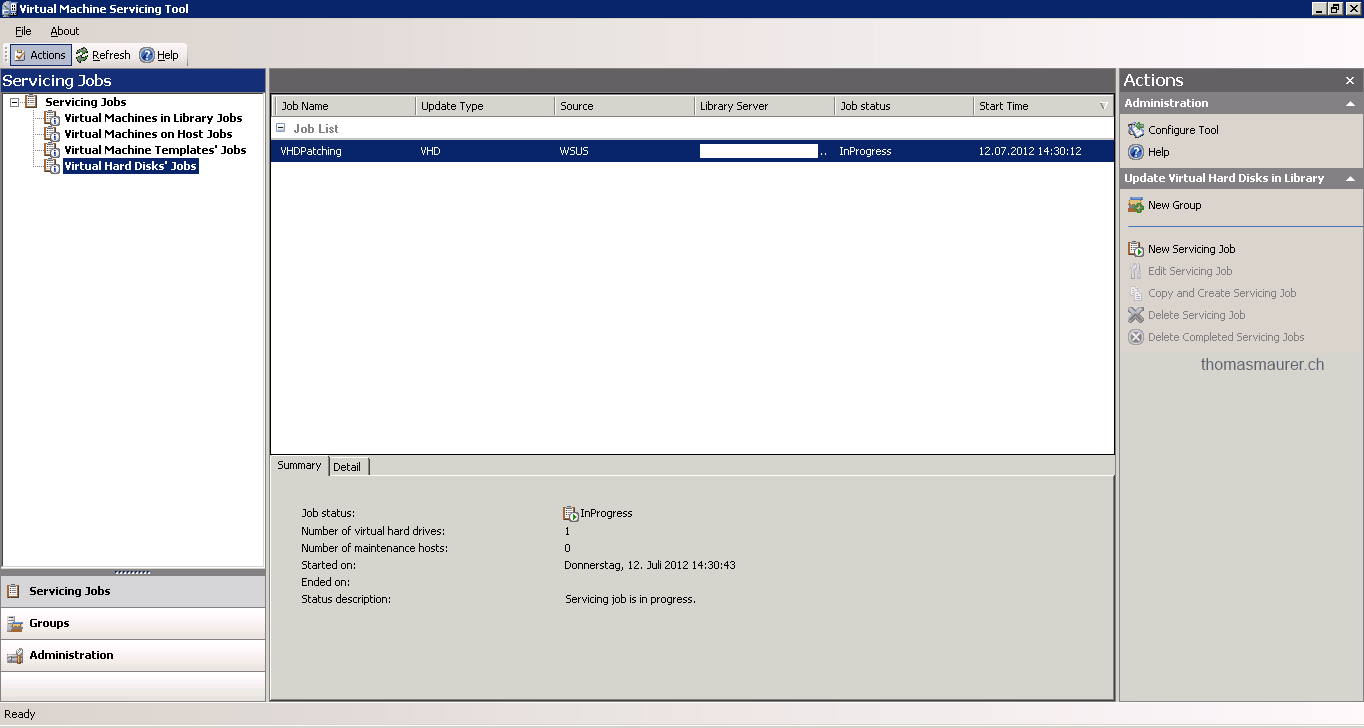 This is how simple it is to patch offline virtual machines, you can even schedule servicing tasks, so they run after every patch day.