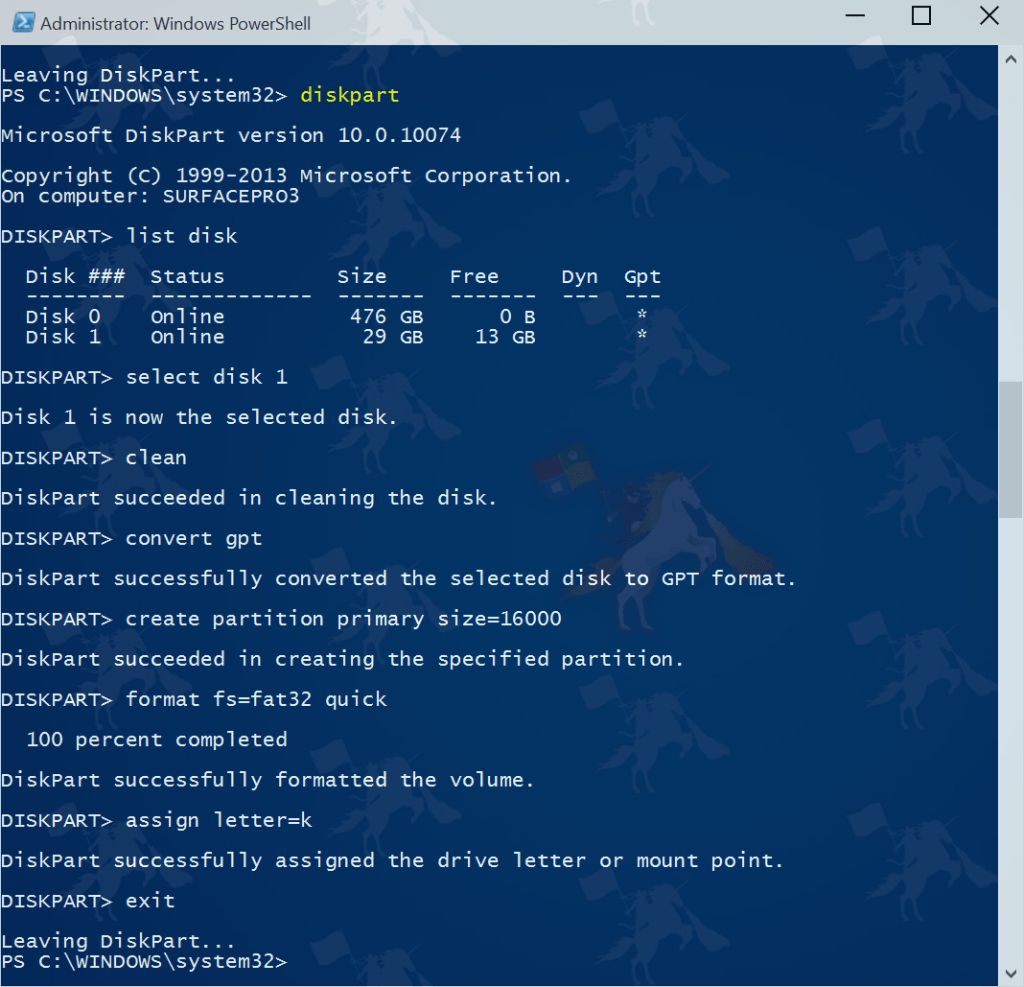 When you were create a USB media for PCs, notebooks and servers which were using BIOS you could use several tools to do this. Now most of the tools do not really create a USB media drive which can be used to boot and install Windows or Windows Server on a UEFI based system such a new servers and for example the Surface Pro line. But it is very simple to do this now, just follow this steps:

This is it, and here is how you do it:

First plugin your USB drive to your computer. The USB drive should be bigger than 4GB.

Open a CMD prompt or PowerShell using the Run as Administrator option and open diskpart. Now you can do list all this by using

Select the USB disk, in my case this was disk 1

Clean the disk. Be careful this will remove all files and partitions on the USB media.

Now convert it to GPT

Create a new primary partition. But make sure the partition is not greater than 16GB otherwise it can be formatted with FAT32.

Format the partition with FAT32

Assign a drive letter to the volume