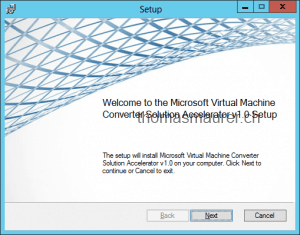 Today the Microsoft Virtual Machine Converter Release Candidate is available for testing. The best thing at the RC is the support of Windows Server 2012 Hyper-V and Microsoft Hyper-V Server 2012, but there are also other new capabilities.

New in the Release Candidate

In addition to the capabilities that were delivered as part of the beta release, the MVMC Release Candidate:

Check it out on Microsoft Connect: https://connect.microsoft.com/site14/MVMC