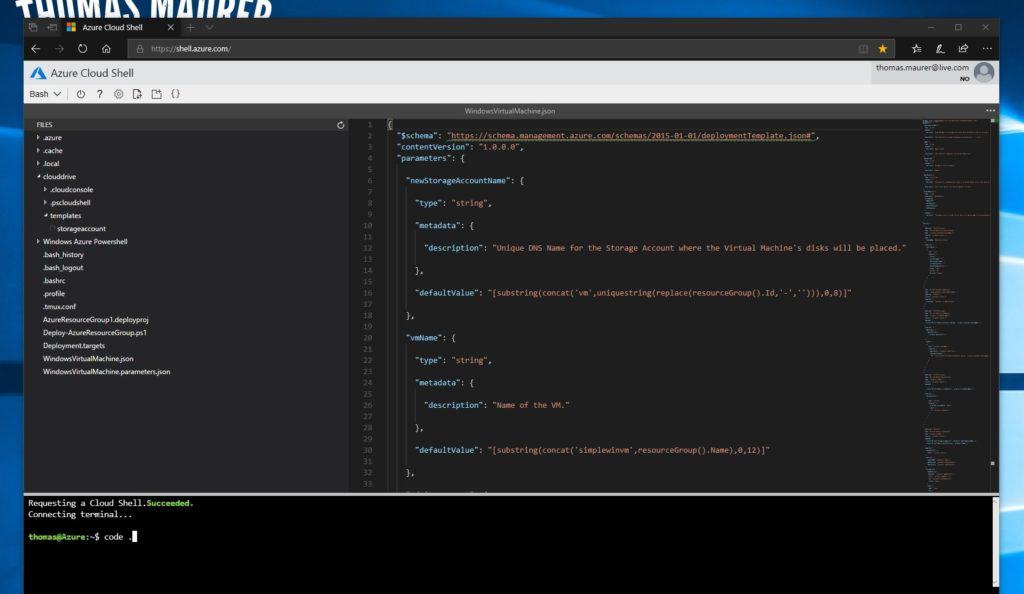 Now you not only have editors like vim, emacs or nano, you also able to run code, directly with in the Azure Cloud Shell. This is pretty handy when it comes to quickly edit some files like scripts or ARM templates.