Microsoft yesterday announced the availability of Windows Containers and the new SKU for Windows Server vNext named Nano Server. As Microsoft mentions, Nano Server is a purpose-built operating system designed to run born-in-the-cloud applications and containers. But Nano Server is not only designed for Modern Application, but it also is ready and designed to run on your datacenter fabric such as Hyper-V Server and Scale-Out File Server.

Nano Server is a redesign version of Windows Server Core which is very lightweight, very small footprint and remote managed. The first version of Nano Server is designed for the following key scenarios:

As mentioned Nano Server has a very small footprint and the first version show some great improvements versus the Windows Server:

To achieved this results Microsoft removed some parts of Windows Server like:

By removing the GUI stack makes this server to a true headless server, without any login screen or RDP support. By removing things like this, a lot of people will need a totally new way to manage this servers. The answer is simple and is the best practice for managing servers for a long time called Remote Management. Nano Server will offer some advanced remote Management features such as:

In my opinion the effort Microsoft does with Nano Server really makes sense and will help Service Providers as well as Enterprise companies to deploy clouds even faster, more secure, more efficient and with less management overhead. I am really looking forward to Microsoft Ignite to get some more information on Nano Server. If you want to see a little bit more about Nano Server checkout the following video.

Thomas works as a Senior Cloud Advocate at Microsoft. He engages with the community and customers around the world to share his knowledge and collect feedback to improve the Azure cloud platform. Prior joining the Azure engineering team, Thomas was a Lead Architect and Microsoft MVP, to help architect, implement and promote Microsoft cloud technology.   If you want to know more about Thomas, check out his blog: www.thomasmaurer.ch and Twitter: www.twitter.com/thomasmaurer
← Previous Story
Get name of the PowerShell script file inside the script
→ Next Story
Enable SSH on VMware ESXi 6.0 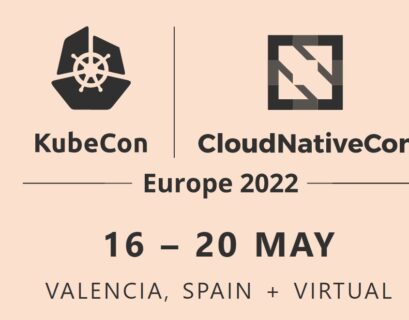 I just wanted to let you know that I will be speaking at KubeCon + CloudNativeCon Europe 2022 in Valencia. I will be showing Microsoft...
Read More →