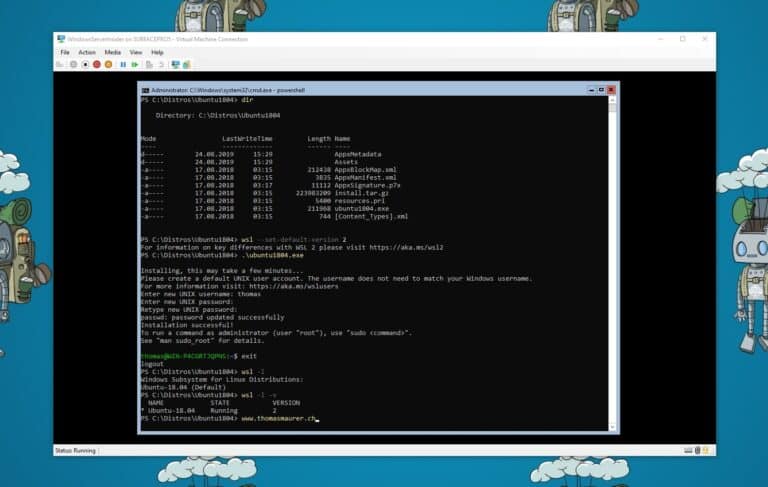 How to Install WSL 2 on Windows Server

The Windows Subsystem for Linux was in Windows 10 for a while now and allowed you to use different versions of Linux on your Windows 10 machine. With WSL 2, the architecture will change drastically and will bring increased file system performance and full system call compatibility. WSL 2 is now using virtualization technology (based on Hyper-V) and uses a lightweight utility VM on a real Linux kernel. You can find out more about WSL 2 in the release blog or on the Microsoft Docs Page for WSL 2.

Here is how you can install WSL 2 on Windows Server.

To enable these features, run the following command:

These commands will need a restart to complete.

Now you can install your Linux distribution which is available in WSL. You can also find the links to the Linux distro packages here: WSL distro packages. In my case, I am going to use Ubuntu 18.04, which is currently working with WSL 2.

Before you start and configure your WSL distro, I recommend that you set the WSL default version to 2. This will make the setup of your distro much faster.

Now you can start ubuntu.exe to run WSL.

4 Responses to How to Install WSL 2 on Windows Server