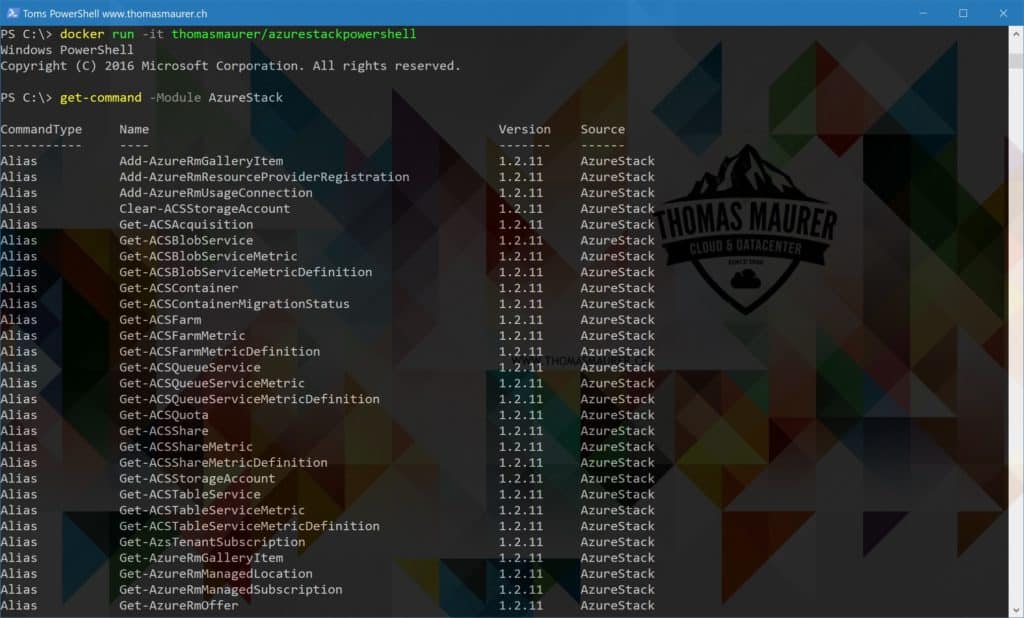 AzureStack-Tools is a GitHub repository that hosts PowerShell modules for managing and deploying resources to Azure Stack. If you are planning to establish VPN connectivity, you can download these PowerShell modules to the Azure Stack Development Kit, or to a Windows-based external client 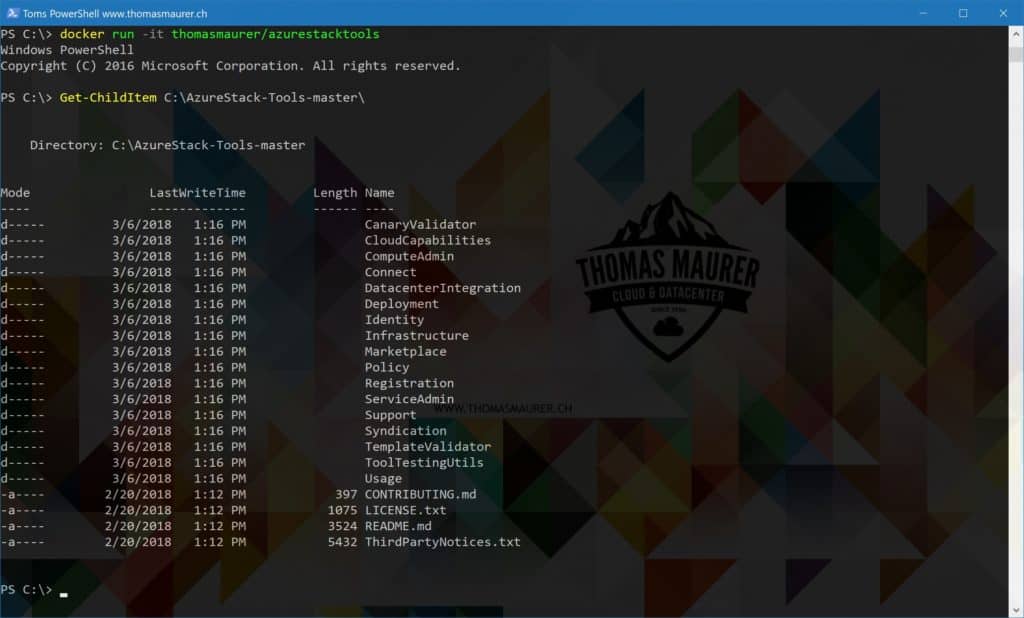 Both Images are based on Windows Server Core and depending on the microsoft/windowsservercore Docker images.