Since last week I am one of the proud owners of Nokia Lumia 1020, the best Windows Phone today. Not long ago I replaced my Lumia 920 with a Lumia 925 which was a pretty great device, it was basically a better version of the Lumia 920 and fixed some issues like weight and size. After the Lumia 1020 was released I could resist and had to get one because of the totally awesome 41 Megapixel camera. As I finally got my Lumia 1020 I was expecting a Lumia 920 with a lot better camera, but I was wrong. The Lumia 1020 does not only come with a better camera, it also had some other improvements.

Well for me the Lumia 1020 is a great addition because I don’t even own a camera and with such a great camera build in into my phone I don’t need one. I already have planned a lot of traveling until the end of this year and having such a great camera always with me is just great. 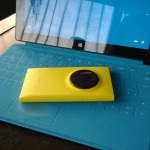 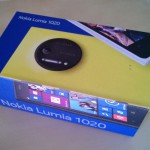