I know this is nothing new but since I had to mention the Whitepaper on NIC Teaming and the use of SMB Multichannel as well as the configuration with System Center Virtual Machine Manager in a couple of meetings I want to make sure you have an overview on my blog. Here is a no overview of Windows Server and Hyper-V NIC teaming and SMB Multichannel, to get redundant network configurations.

Windows Server NIC Teaming was introduced in Windows Server 2012 (Codename Windows Server 8). NIC teaming, also known as Load Balancing/Failover (LBFO), allows multiple network adapters to be placed into a team for the purposes of bandwidth aggregation, and/or traffic failover to maintain connectivity in the event of a network component failure.

For designing, the default and recommended configuration is using NIC Teaming with Switch Independent and Dynamic, and in some scenarios where you have the write switches you can use LACP and Dynamic.

This guide describes how to deploy and manage NIC Teaming with Windows Server 2012 R2.

You can find the Whitepaper on Windows Server 2012 R2 NIC Teaming (LBFO) Deployment and Management in the Microsoft Download Center. 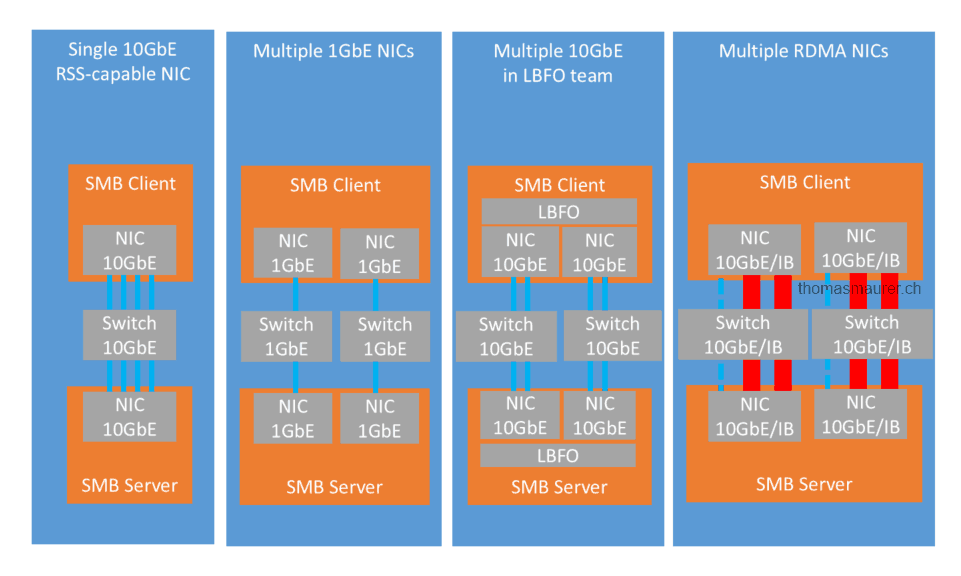 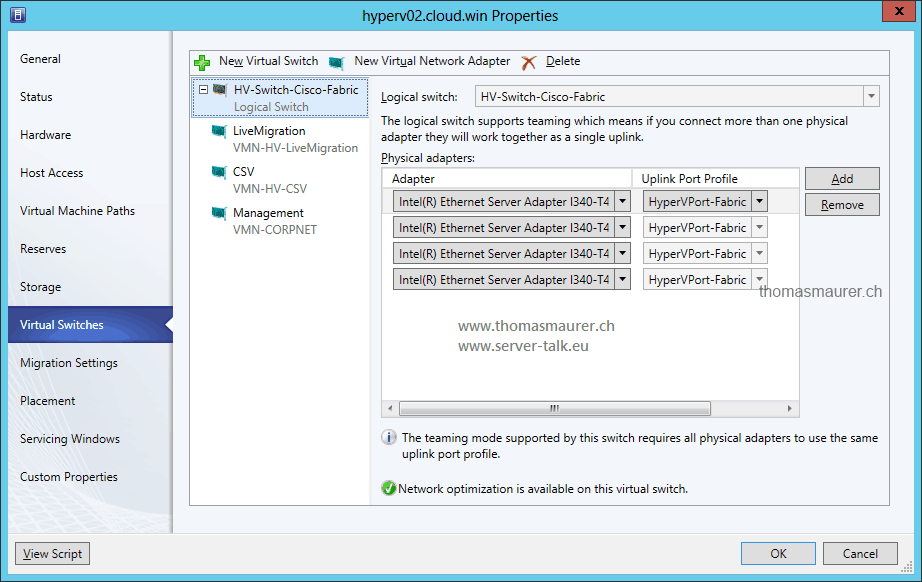 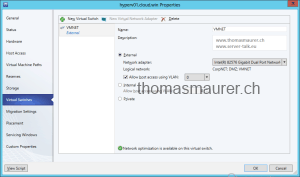 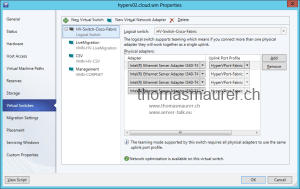 If you are running Windows Server 2012 Hyper-V hosts there is no reason why you should not use the Logical Switch, which adds additional functionality and centralized management to the Hyper-V Virtual Switch.

In January Microsoft released the Service Pack 1 for System Center 2012. This was more close to a full featured release rather than just a normal maintenance Service Pack with just small changes and bug fixes. The main purpose of System Center 2012 Service Pack 1 is to support Windows Server 2012. But in the special case of Virtual Machine Manager there are also a lot of new features and improvements. One of the biggest investments Microsoft made with SP1 was the Network Management.

Besides the integration of Network Virtualization which came with Windows Server 2012 Hyper-V a new concept call “Logical Switch” has been introduced. These Logical Switches allow you to configure the Virtual Switch and other network components of Hyper-V hosts directly and centralized from Virtual Machine Manager.

Logical Networks – Logical Networks represents basically the network infrastructure you have already in your environment. For example this can be a subnet for a specific server or even a storage network. In System Center 2012 Virtual Machine Manager without Service Pack 1 you connected a virtual machine to a Logical Network to connect it to the specific subnet. In Service Pack 1 the concept has been extended with  VM Networks. 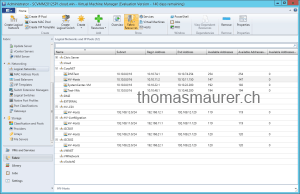 Network sites – Network sites are added to an Logical Network to associate VLANs and subnets to host groups, which are representing the different locations. For example the “CorpNET” network on “Site A” has a different VLAN or subnet than “Site B” uses for the same network. When deploying a new virtual machine to the “CorpNET” network, Virtual Machine Manager automatically detects the right subnet and also adds (if required) the VLAN ID to the specific virtual machines network adapter. 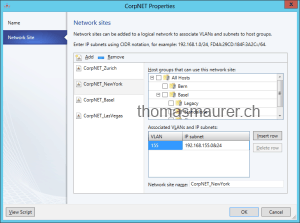 IP Pools – IP Pools are just a pool of IP addresses which can be used to automatically let Virtual Machine Manager to assign static IP addresses from the selected subnet (example CorpNET) to a virtual machine or a physical Hyper-V host. An IP Pool includes also the information about Gateway or DNS Serves which are automatically used for the network adapter configuration. 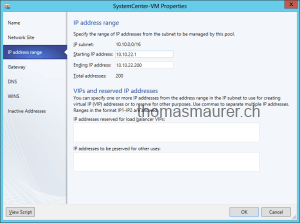 VM Networks – VM Networks are defined by logical networks and virtual machines are now connected to VM Networks. This is done because of the new Network Virtualization feature in Windows Server 2012 Hyper-V. With this technology multiple VM networks can run on a single logical network. 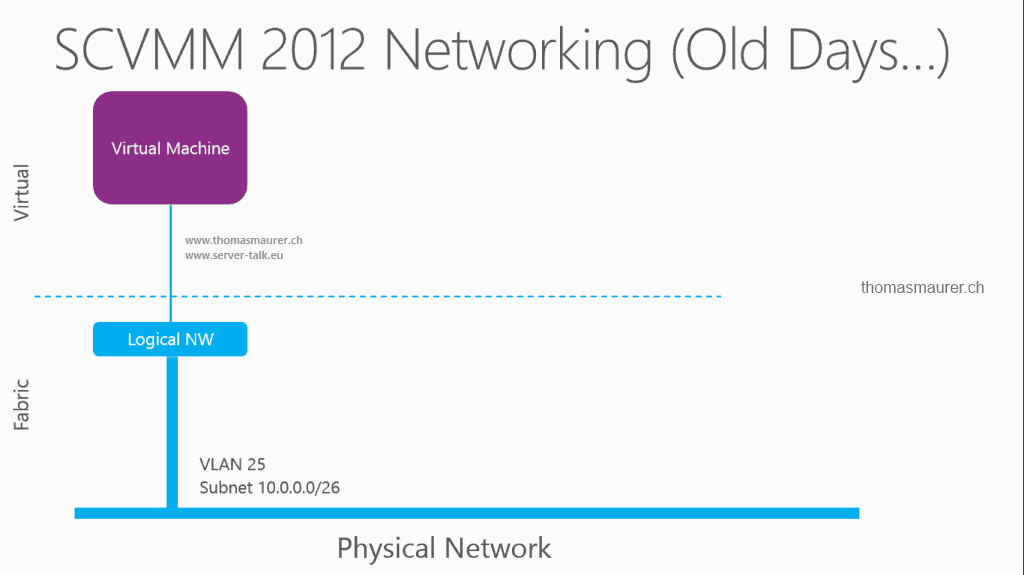 As already mentioned the Logical Network is mapped to a VM Network. This mapping is done because with the new Hyper-V Network Virtualization feature you can run multiple VM Networks on a single Logical network. 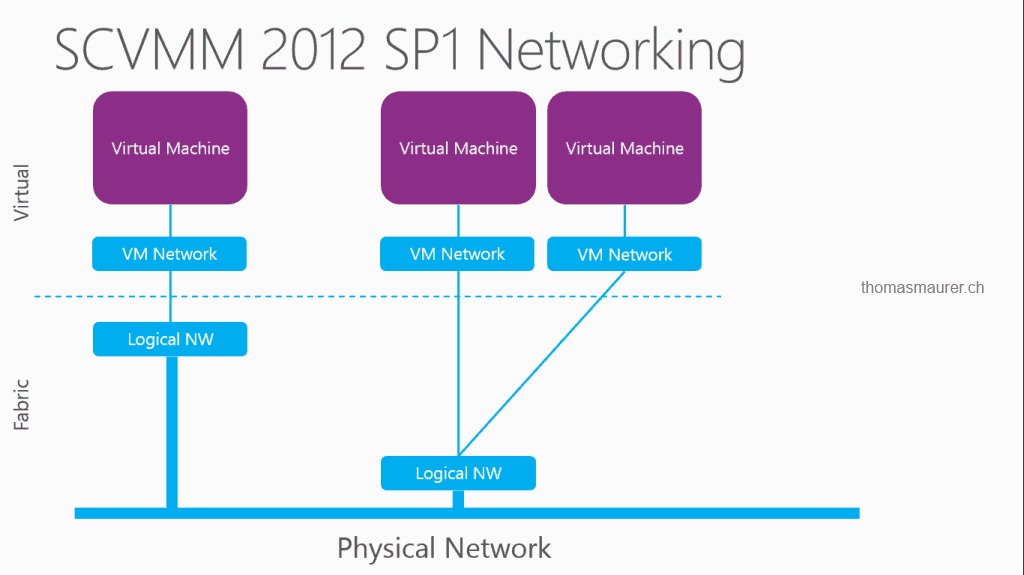 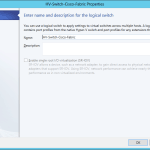 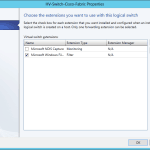 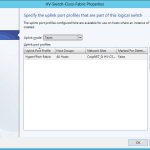 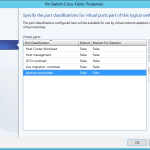 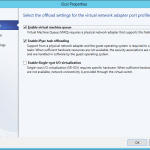 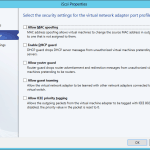 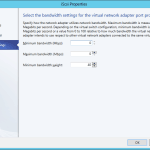 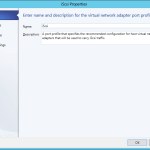 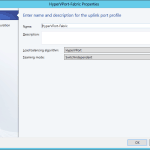 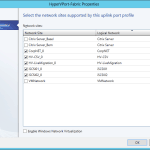 How this works together

The Logical Switch defines a Virtual Switch with Extensions 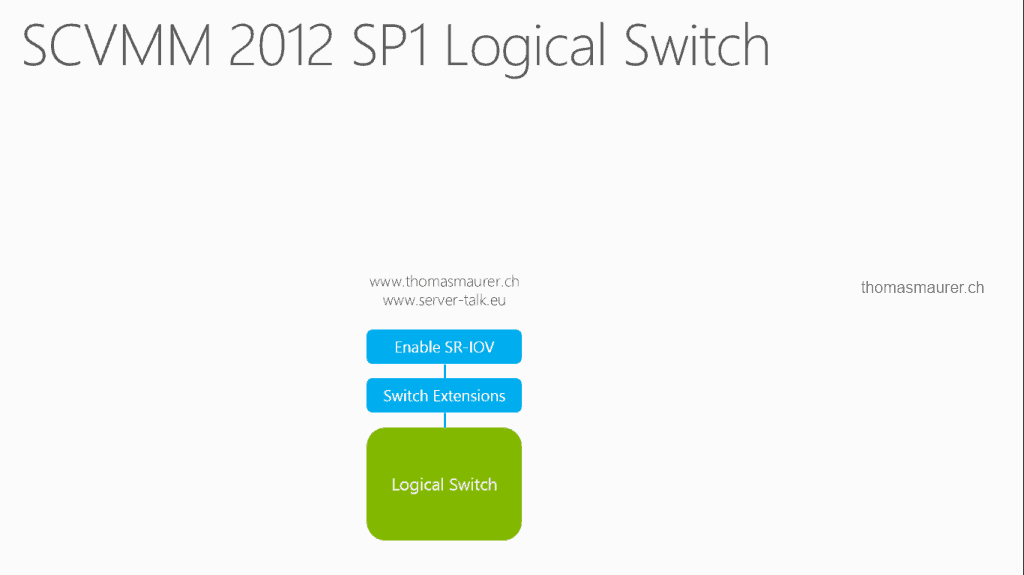 The Logical Switch has Native Uplink Port Profiles which add information about the Teaming Configuration, which Logical Networks and Network Sites are available on the physical network adapters and if Network Virtualization is allowed. 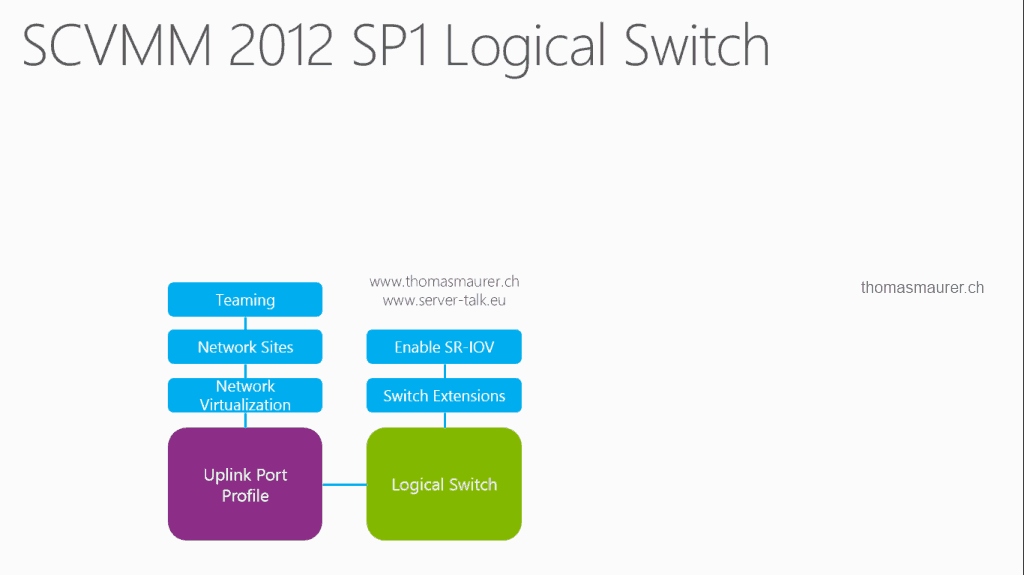 The Logical Switch has also a Native Virtual Adapter Port Profiles which matches with a Port Classification on the Logical Switch and defines the Virtual Network Adapter settings for Virtual Machines or in a Converged Environment for the Hyper-V Management OS. 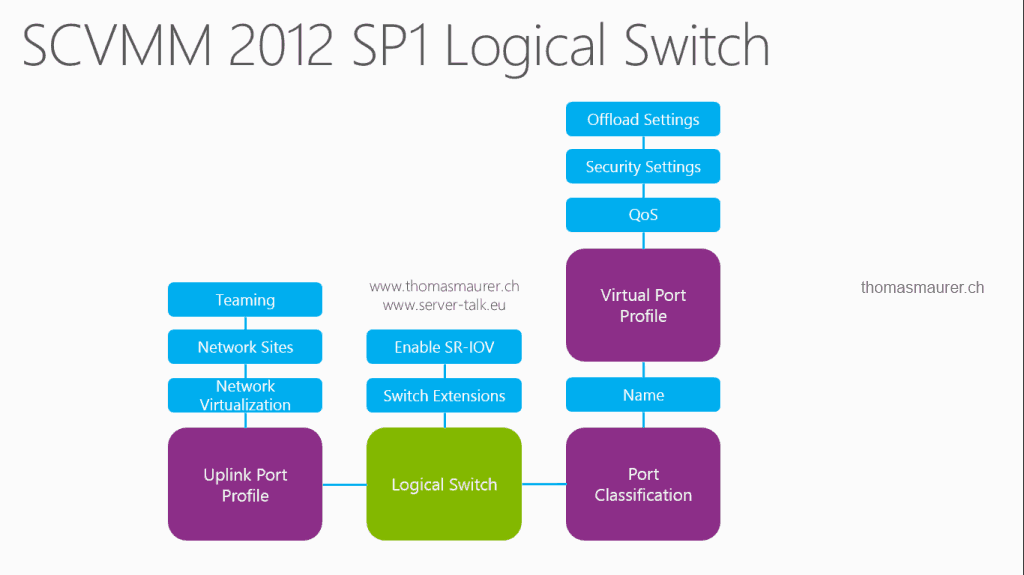 I hope this post gives you some basic understanding about the new networking features which are added in Service Pack 1 for System Center 2012 Virtual Machine Manager.