Today Altaro is launching the public beta of Altaro Hyper-V Backup 3.5 with a contest where you can win a free Nexus 7 tablets. Altaro Hyper-V Backup is a powerful Hyper-V aware backup solution that easily backs up Microsoft Hyper-V Virtual Machines. With the next version Altaro will start supporting Windows Server 2012 Hyper-V.

I had the chance to already test the new Hyper-V Backup 3.5 beta, and if you are interested in a simple and fast Hyper-V backup solution, you should definitely have a look at Altaro solution.

First of all Altro Hyper-V Backup is very easy to setup. The installation takes about 2 minutes, the installer need to be run on the Hyper-V server or one of the cluster hosts. The installer does automatically detect cluster installations.

After the installation you have to do some very simple configuration steps. First you have to add a backup destination, this can be a folder on a local drive, a USB drive or a network share. Next you have to select which Virtual Machines should be protected by Altaro Hyper-V Backup and the last one is to configure the backup schedule for the Virtual Machines. And yes that’s how simple this solution is.

I did some test backup of virtual machines which I use in my lab and I was really surprise by the performance. One of my test Virtual Machines was a Windows Server 2012 server hosted on a Windows Server 2012 Hyper-V hosts and the size was something like 8.25 GB and the backup initial backup was done in around 3 minutes.

One of the most important parts of a backup solution is how you can restore you backups. In my lab I backed up and restored some Virtual Machines and everything worked as expected. But there are some great restore features. For example Altaro Hyper-V Backup does not only backup your current VM, it does also allow you to backup snapshots. This is great if you run a lab environment for testing or for software packaging where your snapshots are a very important part.

Another great thing is the option to restore backups from other Altaro backups. For example if you lose your Altaro Hyper-V Backup server during a disaster or a hardware failure. You can easily setup a new server with Altaro Hyper-V Backup and select your previous backups and restore them.

Altaro Hyper-V Backup is not just a simple backup to for Hyper-V Virtual Machines it also has some cool extra features.

Overall Altaro is an easy, fast and effective Hyper-V Backup solution with a lot of extras. If you want to try the new Altaro Hyper-V Backup checkout the contest page. Altaro are giving away two Nexus 7’s to a couple of lucky testers of their Windows Server 2012 Backup for Hyper-V Beta.

Virtual Machine Servicing Tool 2012 streamlines the process of keeping your offline virtual machines, templates and VHDs up-to-date with the latest operating system and application updates, without introducing vulnerabilities into your IT infrastructure. VMST 2012 helps you effectively manage the workflow of updating your offline virtual machines according to their individual needs.

VMST 2012 is designed to work with Microsoft® System Center 2012 – Virtual Machine Manager (VMM) and with the following technologies:

To virtual machines for:

Check it out on Microsoft Connect: https://connect.microsoft.com/site14/MVMC

Some days ago I wrote a blog post about how you can enable CSV Cache on the new Windows Server 8 beta. Now a lot of people asked me about some benchmarks.

Here a test inside the Virtual Machine:

As you can see CSV Cache does work really well. In some cases you can get 4-5 times the read performance.

You can get the Downloads here:

In my Lab I don’t have a good storage which I can use for my Hyper-V Clusters. But with Windows Server 2012 Microsoft added a lot of new storage features and included a iSCSI Target Server. With the new Storage Pooling / Storage Spaces features this allows me to use a Windows Server as a great storage replacement. 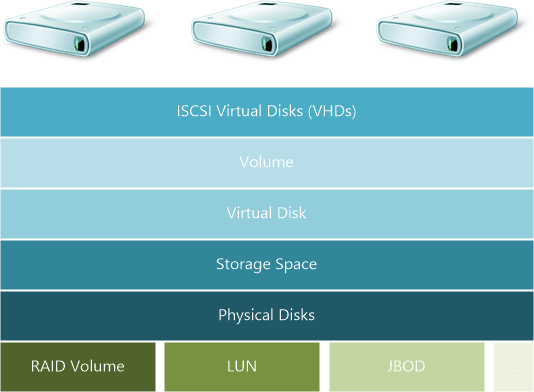 This week Microsoft released the Windows 8 Consumer Preview and the Windows Server 8 Beta. You can get the software here:

Windows Server 8 brings a lot of new features to Hyper-V and Clustering. I will try to get some more information and how-to’s about the new features in the next couple of days.

Here is a small guide how you can setup a basic Windows Server 8 Hyper-V Clsuter via iSCSI. This covers only basics and should help users to setup a Hyper-V Cluster for testing very quickly.

This is a very small how to how you can create a Hyper-V Cluster with Windows Server 8 beta. Basically it is not really different to Windows Server 2008 R2 or Hyper-V R2, but it brings a couple of great new features to Hyper-V and Failover Clustering.