Last week Microsoft released Update Rollup 7 (UR7) for System Center 2012 R2 and Windows Azure Pack. And as always, Update Rollup 7 does not only include a bunch of fixes, it also includes some new features. This time especially Windows Azure Pack and System Center Virtual Machine Manager got some nice updates. Components that are fixed and updated in this update rollup

One of the new features I want to highlight is the possibility to add multiple public (external) IP addresses to  Virtual Network (Using Hyper-V Network Virtualization HVN). This means a tenant can assign multiple public IP addresses on his NAT gateway and do port forwarding, for example if he runs multiple webservers in that VM Network. This is a feature a lot of customers especially service provider have missed for a long time.

Another improvement we can see is the support for the next release of Windows Server and also support for Windows 10.

Thomas works as a Senior Cloud Advocate at Microsoft. He engages with the community and customers around the world to share his knowledge and collect feedback to improve the Azure cloud platform. Prior joining the Azure engineering team, Thomas was a Lead Architect and Microsoft MVP, to help architect, implement and promote Microsoft cloud technology.   If you want to know more about Thomas, check out his blog: www.thomasmaurer.ch and Twitter: www.twitter.com/thomasmaurer
← 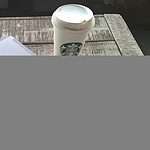 In this blog post we are going to have a quick look on how you can manage Azure Arc-enabled Azure Stack HCI (Hyper-Converged...
Read More →

Speaking at the Windows Server Summit 2022

I am happy to let you know that I will be speaking at the Windows Server Summit 2022 and show you how you can run the Azure Kubernetes...
Read More →

Reset and Reinstall Windows 11 from the Cloud