Some days ago I wrote a blog post about my new Surface Pro 2. I not only upgraded my daily work device, I also upgraded my Surface RT which I mostly use at home to browse the web,  read or watch movie sand TV. Microsoft did some cool changes to the next generation Surface 2.

Here are some of my personal first impressions about the Surface 2:

For me the Surface 2 added some great new things which would make it basically the perfect work device. The performance improvements, the Office Suite with the new added Outlook RT, the new Full HD screen and the awesome battery life would make it the perfect device. But there is still some things which make the Surface Pro 2 for me a better choice. First I really love the digitizer pen which comes with the Surface Pro 2, which allows you to draw and take notes on the device. I also love the new docking station for the Surface Pro and Surface Pro 2 which are not working with the Surface 2. And the last point for me as a consultant is that I can run Hyper-V. If Microsoft adds a digitizer pen to next generation Surface it will be a hard decision for me. 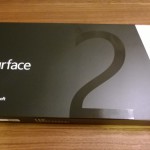 Thomas works as a Senior Cloud Advocate at Microsoft. He engages with the community and customers around the world to share his knowledge and collect feedback to improve the Azure cloud platform. Prior joining the Azure engineering team, Thomas was a Lead Architect and Microsoft MVP, to help architect, implement and promote Microsoft cloud technology.   If you want to know more about Thomas, check out his blog: www.thomasmaurer.ch and Twitter: www.twitter.com/thomasmaurer
← Previous Story
Surface Pro 2 – My First Impressions
→ Next Story
Speaking at TechNet Conference 2013

In this episode of Azure Unblogged, Thomas Maurer speaks with @liorkamrat  about the Azure Arc Jumpstart...
Read More →

2020 must have been a busy year because I missed one of the greatest new PowerShell features called Predictive IntelliSense. Back in...
Read More →

Yesterday I had the chance to be on the 425 Show live stream on YouTube with Christos Matskas and John Patrick Dandison from the Microsoft...
Read More →