With the Developer Preview release of Windows Server 8 which Microsoft released at BUILD, Microsoft showed the new integrated NIC Teaming feature. Basically you could do NIC Teaming before but you had to use software and driver from network card or server vendors which was sometimes a little bit of a pain.

Now with the integrated NIC Teaming features in Windows Server 8 you can team network cards even if they are from different vendors. I am sure this will make lives of Hyper-V Engineers a lot easier. 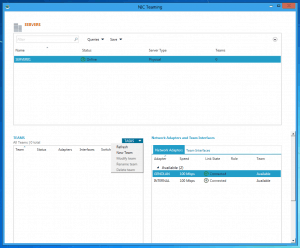 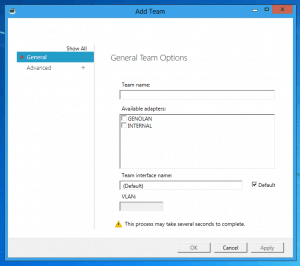 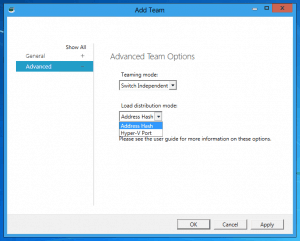