I could test some features in the new version of Hyper-V which comes with the Windows Server 8 Developer Preview. I did a little overview about the a lot of new features in the new Hyper-V Version: Hyper-V: “Version 3 kills them all”. In this post I will write something about some new things in Hyper-V Dynamic Memory. 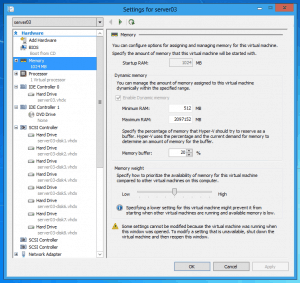 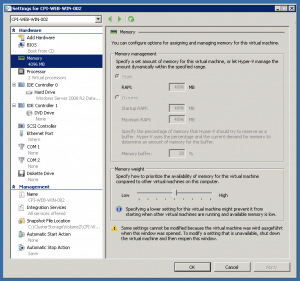