The Definition of Cloud Computing 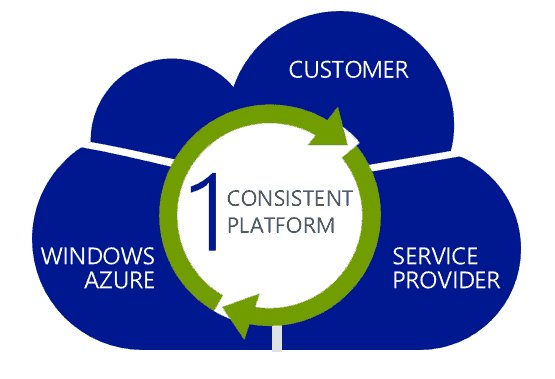 The reason for this blog post was a lecture I had at university where lecturer talked about ERP systems (enterprise resource planning) and a question came up from one of the other students about ERP in the cloud and how Cloud Computing is defined. I am not really happy with the answer he gave, because the answer was totally focused on Software as a Service hosted from a service provider and accessible over the internet. Well this is a part of cloud computing but doesn’t not really cover the real definition.

I know I will maybe get a lot of comments on this post, because there is no official definition of “Cloud Computing” and every company maybe thinks different about it, depending on their product range 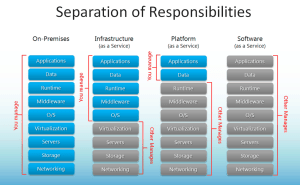 Well another common mistake is to think cloud is always hosted in the internet. Since Cloud Computing is a concept to deliver services, companies can do this also internally which is mostly known as Private Cloud. The Private Cloud can of course also be IaaS, PaaS or SaaS and could be accessible from the internet, but it could also only be available company internal.

I already wrote about 500 words, but I still didn’t not really answers the question what Cloud Computing is, so we going to have a look at Wikipedia:

Cloud computing – correctly: a Computing Cloud – is a colloquial expression used to describe a variety of different computing concepts that involve a large number of computers that are connected through a real-time communication network (typically the Internet). Cloud Computing is a jargon term without a commonly accepted non-ambiguous scientific or technical definition. In science Cloud computing is a synonym for distributed computing over a network and means the ability to run a program on many connected computers at the same time. The popularity of the term Cloud computing can be attributed to its use in marketing to sell hosted services in the sense of Application Service Provisioning that run Client server software on a remote location.

So with this definition there are five common properties every Cloud has, doesn’t matter if it’s IaaS, PaaS or SaaS based or hosted in the Private or Public Cloud.

I think this 5 things do cover the properties of Cloud Computing in basically all the common scenarios. This there are a lot of things I did not cover in my blog post but it should help people which are new to cloud computing help to understand the different scenarios.

System Center App Controller offers you a web based Self-Service portal for managing Virtual Machines and Services in the Private Cloud and Public Cloud. Now if you want to work with System Center App Controller in your company you may also want to customize the self-service portal by changing the logos. Now what you can do is replace the logos by your self created logos.

Now on the System Center App Controller server you can find the two files in the following folder:

Before I replace this two pictures I would create a backup of the existing logos. You can simply replace the pictures with a picture with the same size and a transparent background. 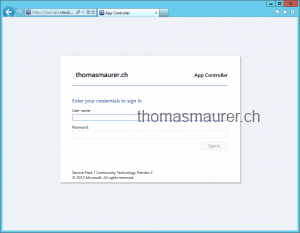 Recently I have worked with the latest release of Windows Azure and the second Community Technical Preview of System Center 2012 SP1 App Controller. App Controller provides a common self-service experience that can help you easily configure, deploy, and manage virtual machines and services across private and public clouds. And you can get more information about System Center App Controller on Microsoft TechNet.

It also works for:

Now here is how you do it:

This are the features you have to install in the IIS Role.

You can use the following PowerShell commands to install all the requirements: 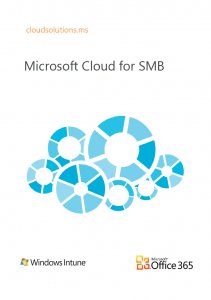 Last year I did a little research project about Microsoft’s public cloud and how it cloud affect Small and Medium sized businesses. So I created a paper which should help Microsoft partners to decide how they can improve their services and solutions by using the Microsoft public cloud. I the paper I focused on Microsoft Office 365 and Windows Intune. This should be for the partner which do infrastructure solutions like Active Directory, Exchange and PC Management. 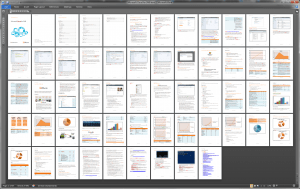 You can download this paper from my Windows Live SkyDrive.
The paper includes a lot of text copied from Microsoft documents and websites, and research I did by myself. All the sources should be marked, but if you find anything which is not marked please feel free to contact me.