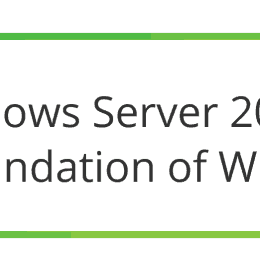 Webinar: Best of Windows Server 2016 – The new Foundation of Windows

Join Veeam for a webinar on the Best of Windows Server 2016 — The New Foundation of Windows. You’ll be one of the first to know about new, exciting improvements that are coming in Windows Server 2016 and how they’ll improve your day-to-day job. In this hour-long webinar, Thomas Maurer (Microsoft MVP) will guide you through the highly anticipated innovations including:

Attend this FREE Webinar to learn about the latest and greatest features of Windows Server 2016. You have to options one for North America and one for EMEA.

Best of Windows Server 2016 – The new Foundation of Windows

Thomas Maurer, one of the first Veeam Vanguards, is a cloud architect at a Swiss consulting and engineering company called itnetX AG. Thomas focuses on Microsoft Technologies, specifically Microsoft Cloud Solutions based Microsoft System Center, Microsoft Virtualization and Microsoft Azure. Thomas was awarded the Microsoft MVP (Most Valuable Professional) Award for his expertise in virtual machines (VMs) in 2012. He works closely with Microsoft and their partners to promote Microsoft technology at technical events. 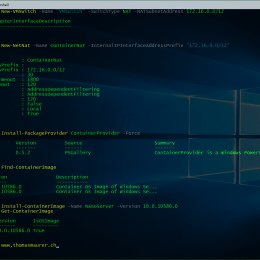 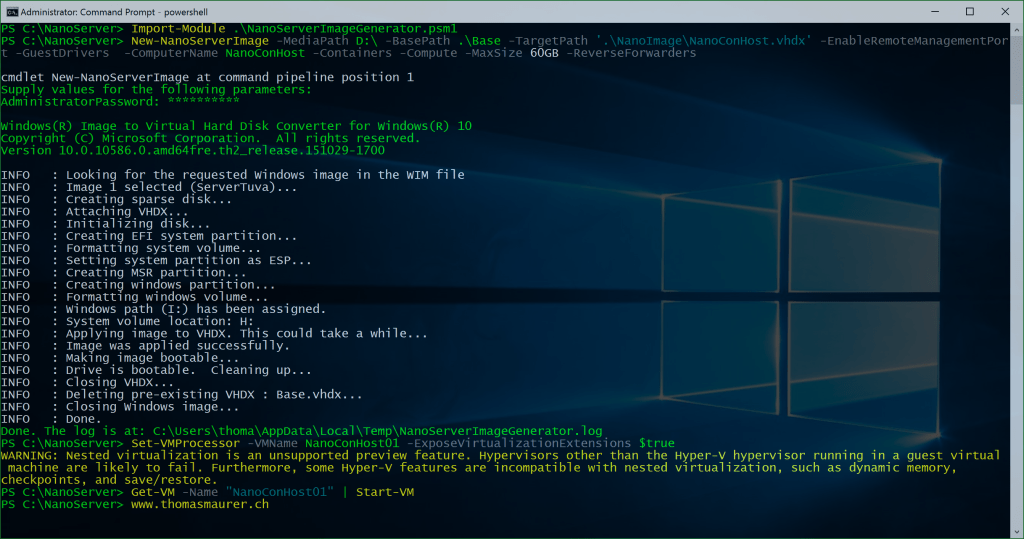 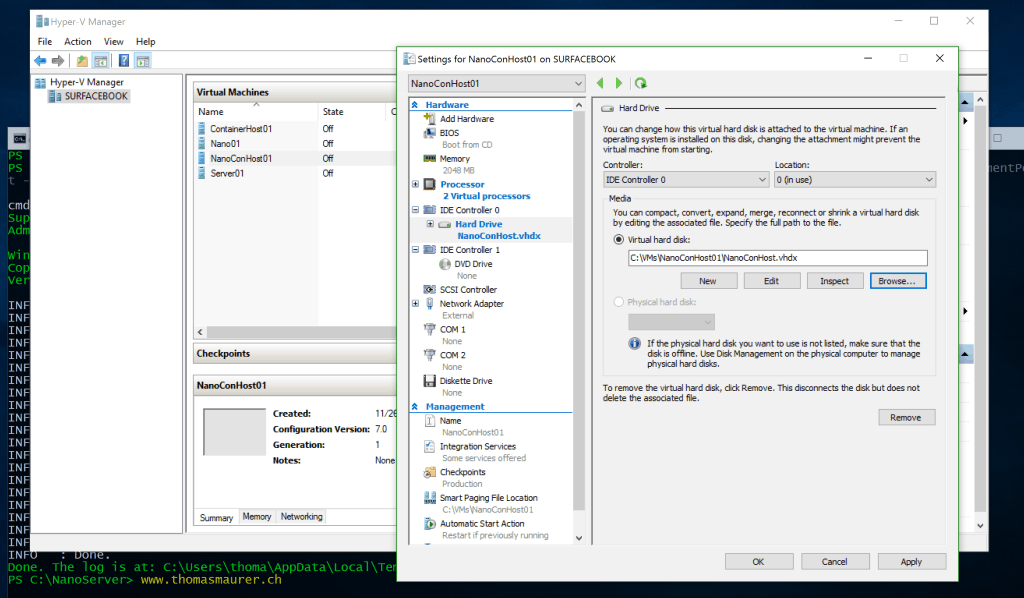 If you want to use Hyper-V Containers inside this Virtual Machine, you have to setup the Virtual Machine to use Nested Virtualization. For this you can use this PowerShell command:

Startup your Nano Server Virtual Machine and use PowerShell remoting to connect to it: 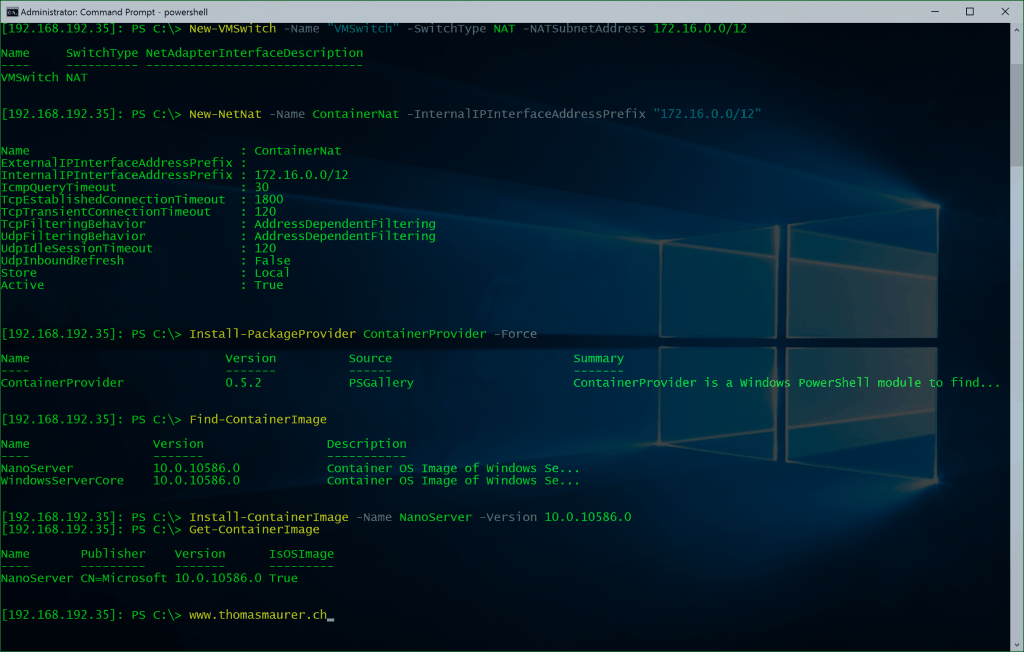 You have to configure networking for your container host, you can create a External Switch or a new NAT Switch. If you use a new NAT Switch you can use the following commands:

Now you can download the Nano Server Container Image to your Container Host, so you can create new Containers based on this Image.

Now you can start using Containers inside your Nano Server Container Host.First thing you may notice is how fast and light weight everything is. For example, on my Surface Book it takes 7-8 seconds for the first initial boot of my Nano Server VM and new containers are created and started in less than a second. I really think that the concept of Nano Server and Container will bring a lot of benefits which will make both solutions a great success. When you deploy new servers today it takes several minutes until they are ready, with Nano Server it only takes seconds. If you copy for example a Windows Server Full Installation VHD you copy around 12GB, with Nano Server you copy around 400-500MB. 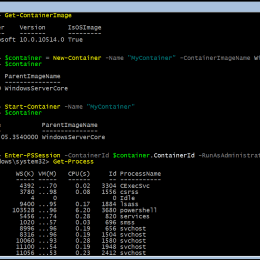 At Microsoft Ignite 2015 back in Chicago Microsoft announced Windows Containers. With the release of the Technical Preview 3 (TP3) for Windows Server 2016 we are finally able to start using Windows Containers, and we can finally test them. But first let use check a little what containers are.

The concept of containers is nothing new, in the Linux world containers are a well known concept. If you have a look at the Wikipedia description for Linux Containers, Wikipedia describes it as follows: LXC (Linux Containers) is an operating-system-level virtualization environment for running multiple isolated Linux systems (containers) on a single Linux control host. Containers provide operating system-level virtualization through a virtual environment that has its own process and network space, instead of creating a full-fledged virtual machine. With Windows Server 2016 more or less the same concept comes the Windows world. This makes containers much more light-weight, faster and less resource consuming than Virtual Machines, which makes it perfect for some scenarios, especially dev-test scenarios or for worker roles.

If we have a look at the concept of containers you have several things in the container ecosystem:

The question most people will ask is how are containers different than Virtual Machines etc. 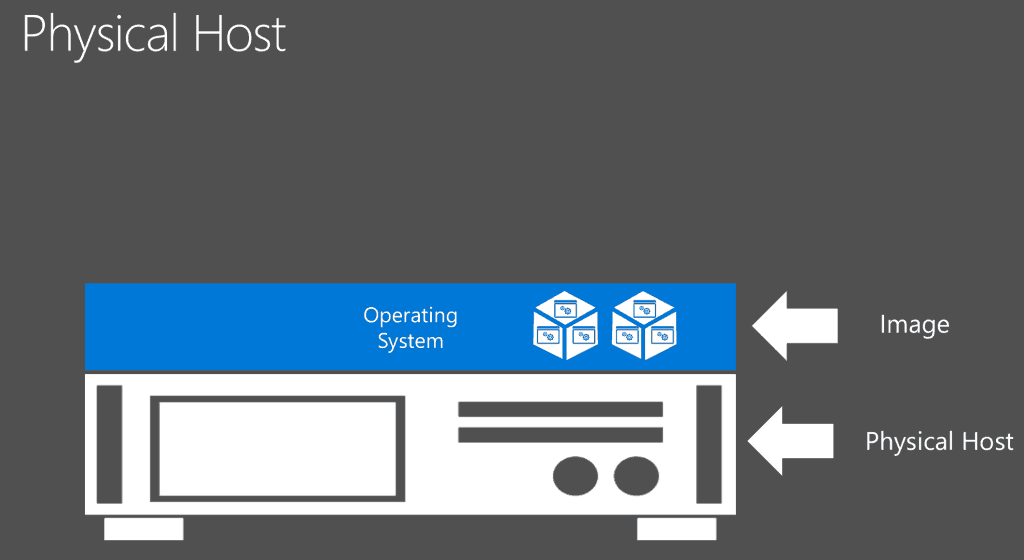 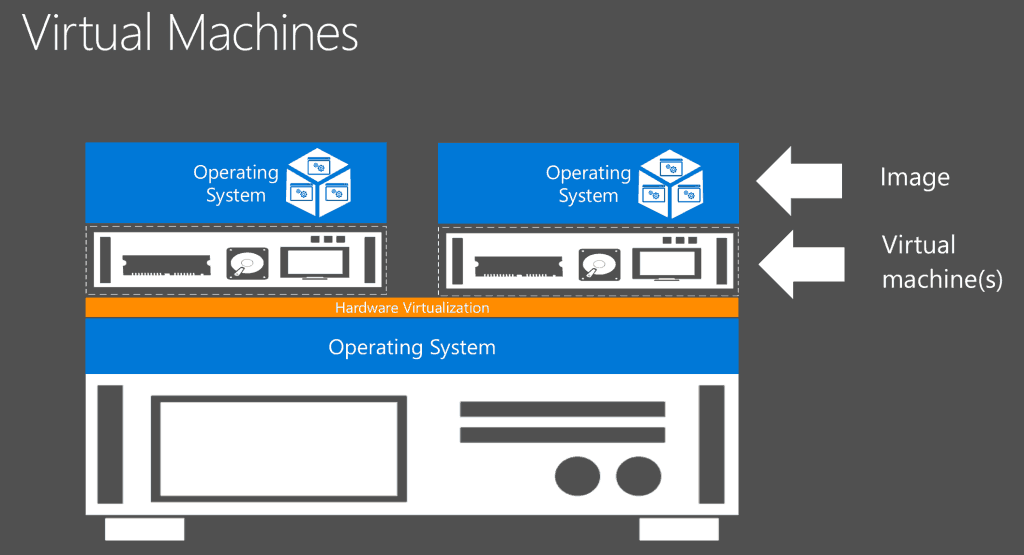 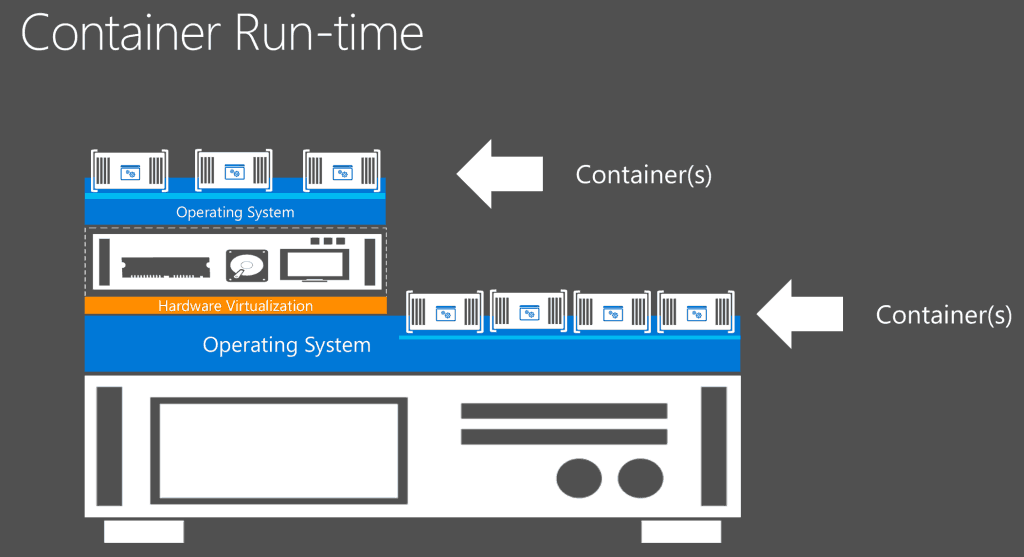 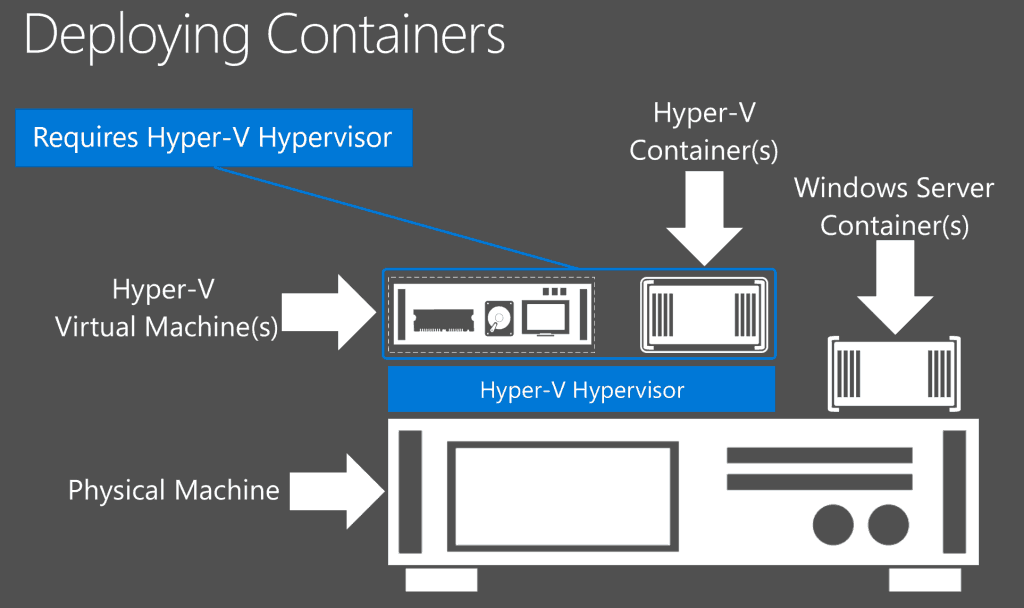 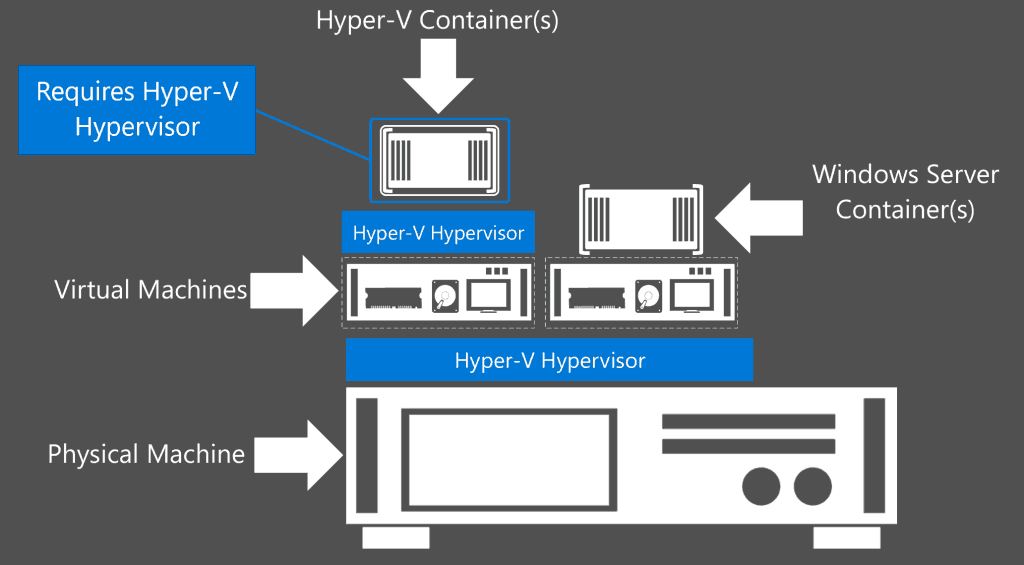 With the release of the Technical Preview 3 of Windows Server 2016, Microsoft made Windows Containers available to the public. To get started you can download a install Windows Server 2016 inside a Virtual Machine or even bare-metal. If the virtual machine has internet connection you can use the following command to download the configuration script, which will prepare your container host. 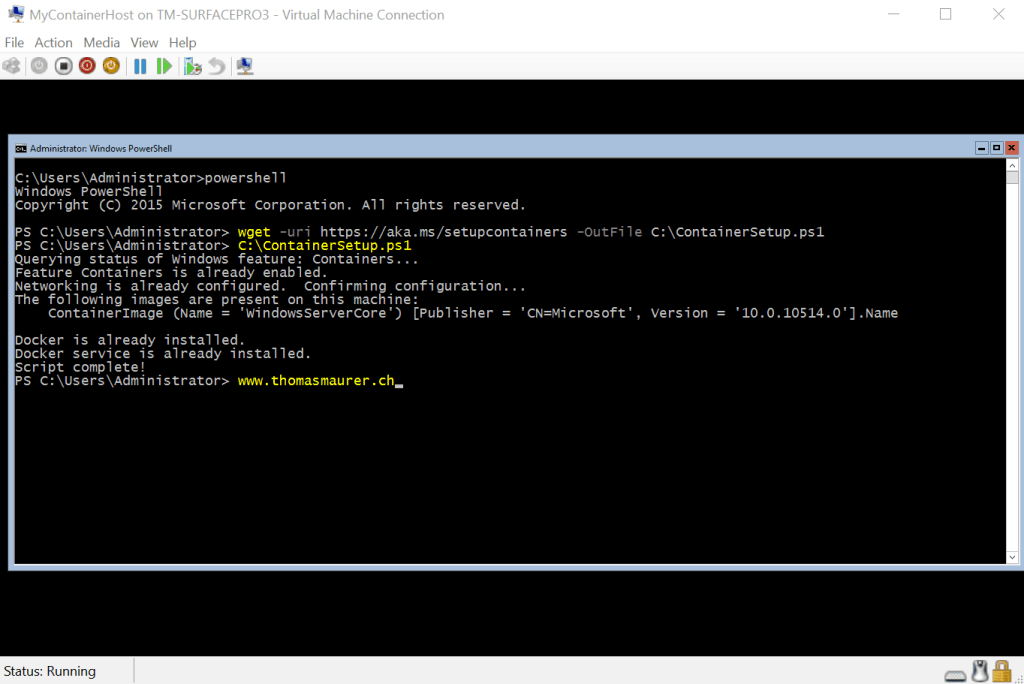 After that you can run the C:\ContainerSetup.ps1 script, which will prepare your container host. This can take some time depending on your internet connection and hardware.

The VM will restart several times and if it is finished you can start using Windows Containers inside this Virtual Machine.

After you have logged in to the Virtual Machine you can start managing Containers using PowerShell: 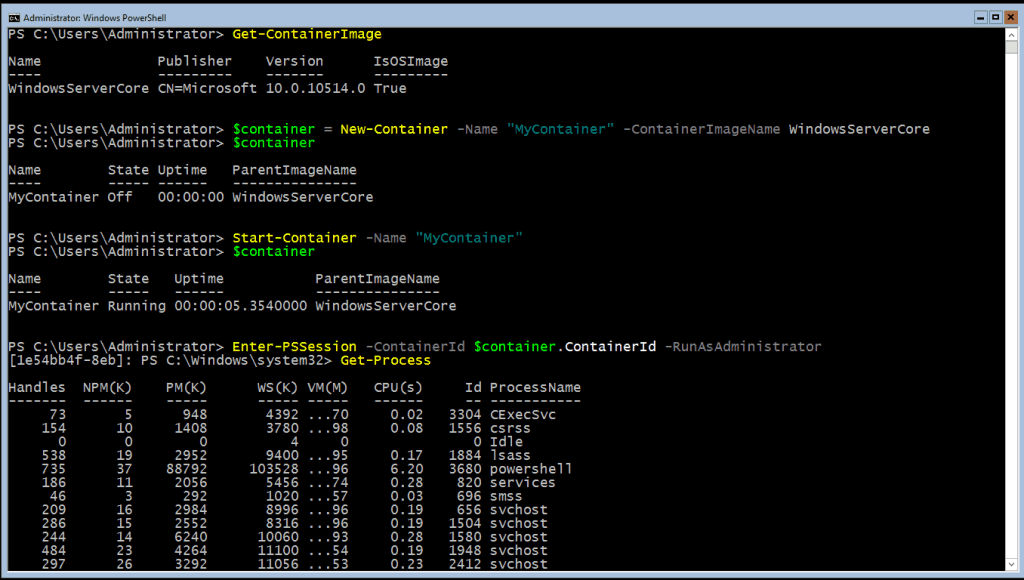 Get Container Images, by default you will get a WindowsServerCore Image. You can also create your own images, based on this image.

Connect to the Container using Enter-PSSession

Of course you an also use the docker command to make your containers. 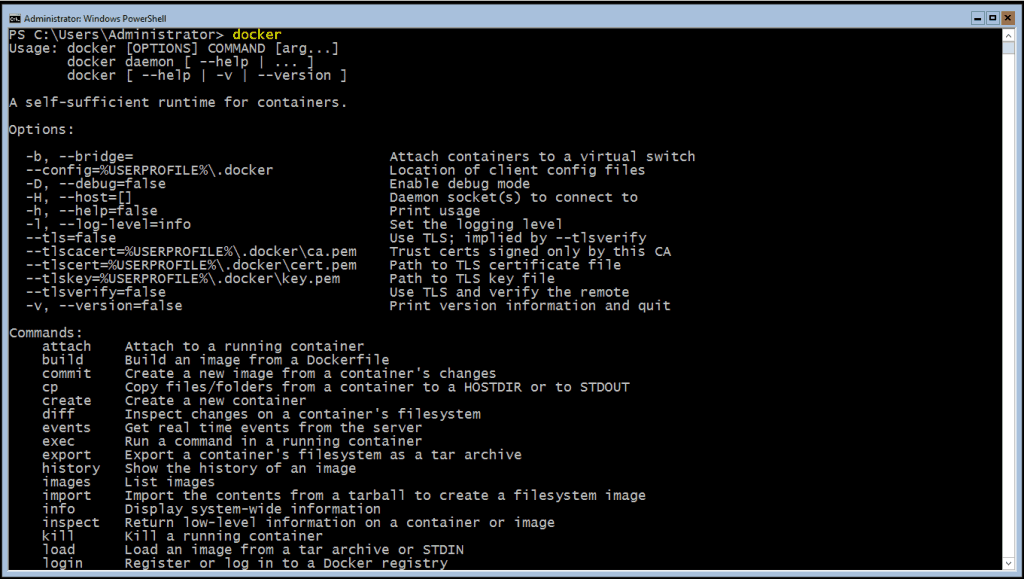 If you don’t want to go trough all the installation process you can also use a Template in Microsoft Azure to deploy a new Container Host Virtual Machine. 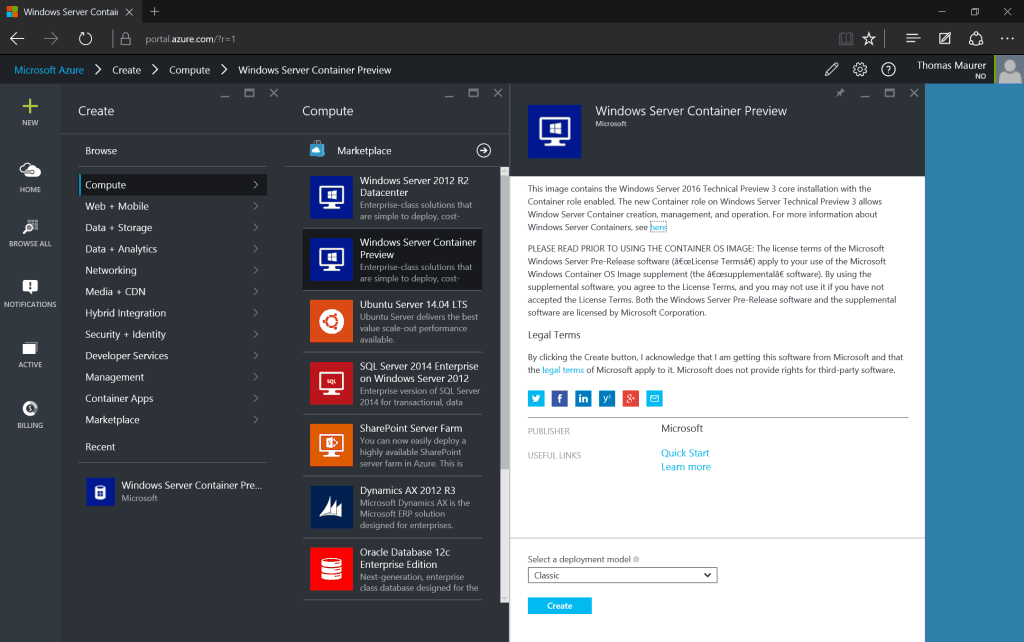 If you need some more information on Windows Containers check out the Microsoft Resources on MSDN about Windows Server Containers.