As I already mentioned I did several Hyper-V and Microsoft Windows Server projects with Cisco UCS. With Cisco UCS you can now configure stateless offloads for NVGRE traffic which is needed for Hyper-V Network Virtualization.

And in the Option area set the following settings:

Make also sure you have installed eNIC driver Version 3.0.0.8 or later. 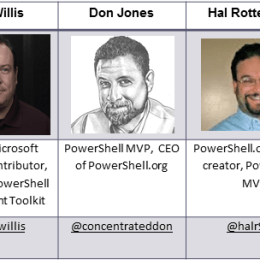 In the Microsoft world PowerShell is the tool to automate everything especially in your datacenter. I already mentioned that Cisco offers some great enhancements for the Microsoft Datacenter stack. If you are using a Cisco UCS solution you can integrate System Center Virtual Machine Manager, Orchestrator and others. But Cisco does also offer a PowerShell module for the UCS called Cisco UCS PowerTool. The UCS PowerTool allows you to automate management and deployment tasks very easily via Windows PowerShell. By the way, one of the coolest features in the Cisco UCS PowerTool is the ConvertTo-UCScmdlet.

Everyone is invited to share their scripts and possibly win some prizes by entering the UCS Power Scripting Contest on the Cisco Communities.  The contest will run until May 11th.  A distinguished panel of judges (Jeffery Snover, Rob Willis, Don Jones, Hal Rottenberg and Thomas Maurer) along with other members of the community will select the grand prize winner from a set of five finalists.

In this clip from episode 100,Jimmy Ray and guest Jeff Silberman address the myths being portrayed by Cisco’s competitors, and demonstrates why it just doesn’t hold water. A must-see segment for you competitive types!

How Microsoft Hyper-V and the Cisco UCS changed our lives 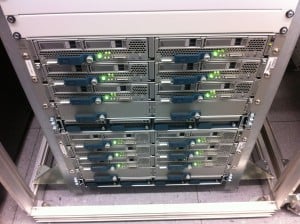 Here some interessting facts about our Cisco UCS and Hyper-V project.

This migration had a lot of positive influence on other things in the datacenter. 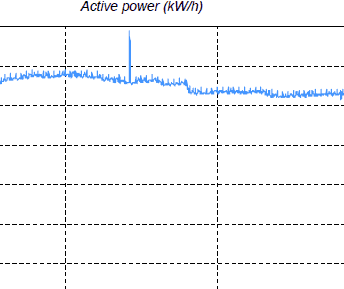 I think all of this numbers (except the time we need to deploy new servers )will increase after the next migrations.

Now I started to write a series of blog posts about installing Microsoft Hyper-V R2 on the Cisco UCS system:

Microsoft Hyper-V and the Cisco UCS Bladecenter are a powerful team. The UCS Virtual Hardware takes alot of complexety from the hypervisor in your case Hyper-V. You don’t need NIC teaming and stuff like that. Thats is making it very easy to deploy Hyper-V Clusters. And with the Microsoft System Center Virtual Machine Manager you can save a lot of time in managing your clusters, hosts, virtual machine and also in P2V and V2V migrations. Since Microsoft SCVMM supports Windows Powershell you can also do a lot of scripting automation. And with the release of the new Version of SCVMM (System Center Virtual Machine Manager 2012) this will even get better for deploying new virtual machines, services and even public and private clouds. 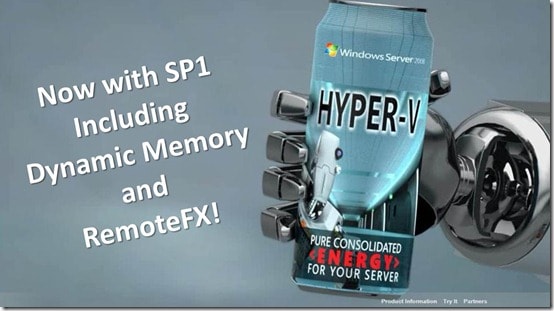 We started with Microsoft Hyper-V R2 Servers before the release of Service Pack 1. We think we can even get a lot more out of your systems with the new Dynamic Memory feature for Hyper-V which comes in Service Pack 1.

At the end we think choosing the Cisco UCS, Microsoft Hyper-V and Microsoft System Center Virtual Machine Manager for our datacenter was the best choice we have made, in terms of costs and technology.