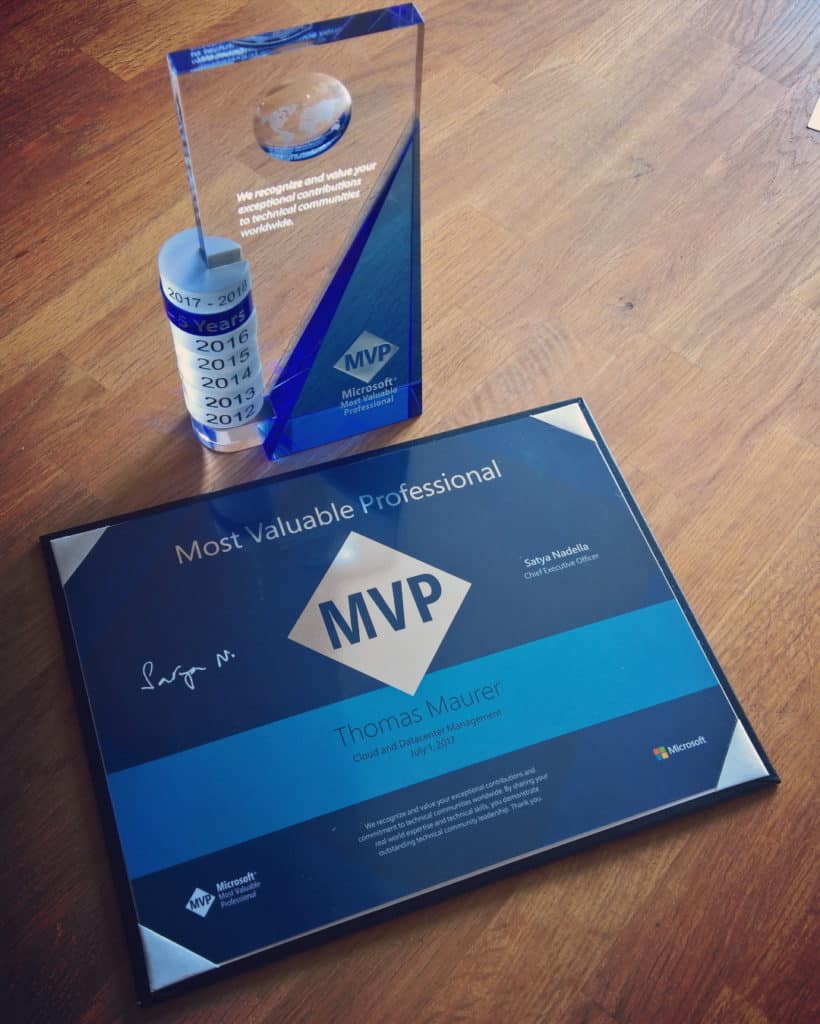 This is the 6th year in a row since 2012, 2013, 2014, 2015 and 2016 since my first Microsoft MVP Award. The Microsoft MVP Award is not only a huge honor for the community work I did in the past year, with it’s great opportunities, it also adds a lot of benefits to my work. Especially being able to join the Microsoft MVP Summit in Redmond, where we have the chance to meet the Microsoft Product Groups and talk about products and solutions. It also gives me the chance to travel, speak at different conferences and visit different places and meet people all over the world.

Of course there are a lot of people I have to thank, but I want to keep the list as short as possible. I would like to thank my employer itnetX which is supporting me in the best possible way year over year, my current and former colleagues, the Microsoft MVP community and of course Microsoft employees in Redmond and all over the world. I also have to thank my understandable girlfriend for her help, because it sometimes it needs a lot of time and energy.

One Response to Microsoft MVP 2017-2018 Cloud and Datacenter Management