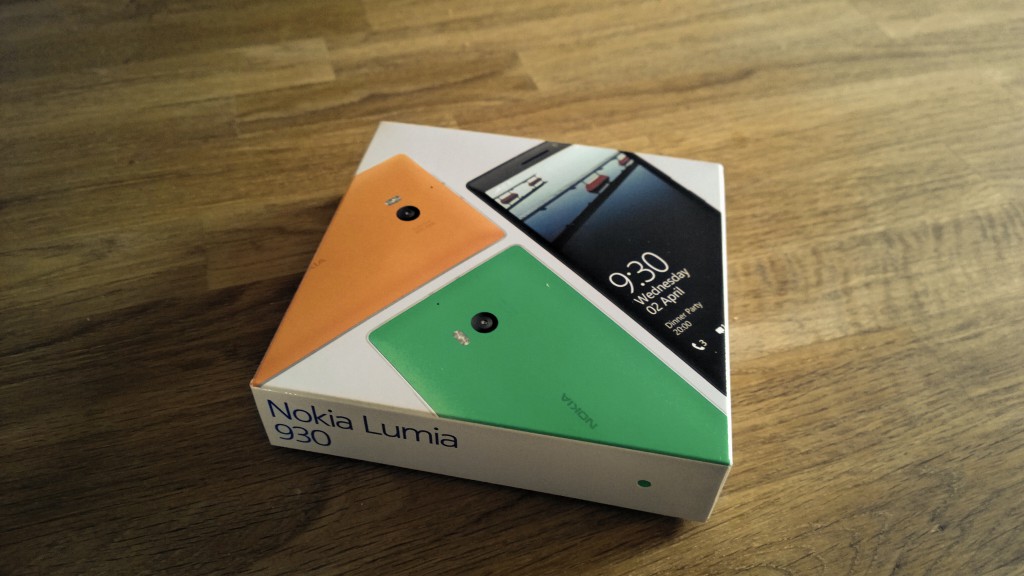 Okay it is a couple of months ago since I got a new phone or gadget. This time I got a Nokia Lumia 930 and I loved it from the first second. I the past months I was using my Lumia 1020 a because of the awesome camera which allowed me to take some great pictures. I was pretty happy with it, but until I got Windows Phone 8.1 I add some performance problems,maybe resetting it could fix could fix the issues, but I will try that later. Now I know I only got the Lumia 930 for a day and of course it is too early for a review but I want to write a little about my first impression. There are already a lot of good review out there in the web so I try to focus on the things I really liked about the device.

The first thing I have to say is that I love the colors you can get that thing. I got a green one but if I would have to go back I would probably go for orange. However both colors look great and it is a hard decision. The first thing I noticed when I unboxed the Lumia 930 was the amazing build quality, Nokia phones always had a great build quality but this one makes other phones look cheap. It feels really good in your hands and feels like a real premium device. The second thing is  the amazing screen, since not a lot of review talk a lot about the screen, I didn’t expect a lot of difference to the Lumia 1020 or 1520, but the Lumia 930 screen makes me not want to use other phones anymore. It is a bright screen with great colors and a true black. The performance looks great again, similar to the Lumia 1520 and Windows Phone 8.1 on that device also got some new features which are not available on the Lumia 1020. Such as a setting which allows you to use the cellular data if the wireless connection has a limited connection, and much more.

Well this are my first impression after the first day, feel free to leave comments and questions.