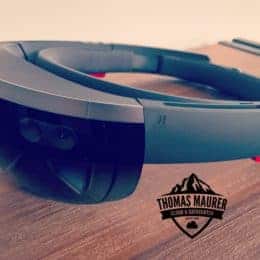 A while back Microsoft announced the Microsoft HoloLens and Windows 10 Holographic, which allows you to work with holograms. Last week my HoloLens finally arrived at my door step. And I had the chance to play with it a little bit over the weekend. I already had the chance to try it the first time a couple of weeks ago when I was speaking at the ITPro.ru event in Cluj. But since then Microsoft released a bigger update to HoloLens with some new feature like Bluethooth keyboard pairing, better voice commands, app improvements and much more.

Unboxing and Setup of the Microsoft HoloLens 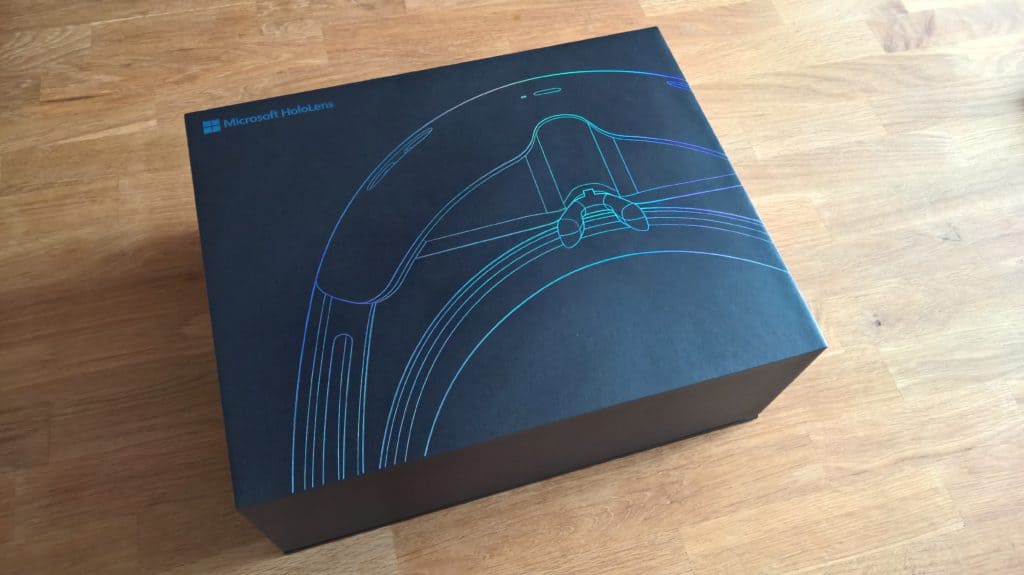 The Microsoft HoloLens comes in a nice designed and large box with good quality. Basically what you can expect from a premium device which is not that cheap. You also get the HoloLens Clicker which you can pair with your HoloLens to click on things instead of using the click gesture. 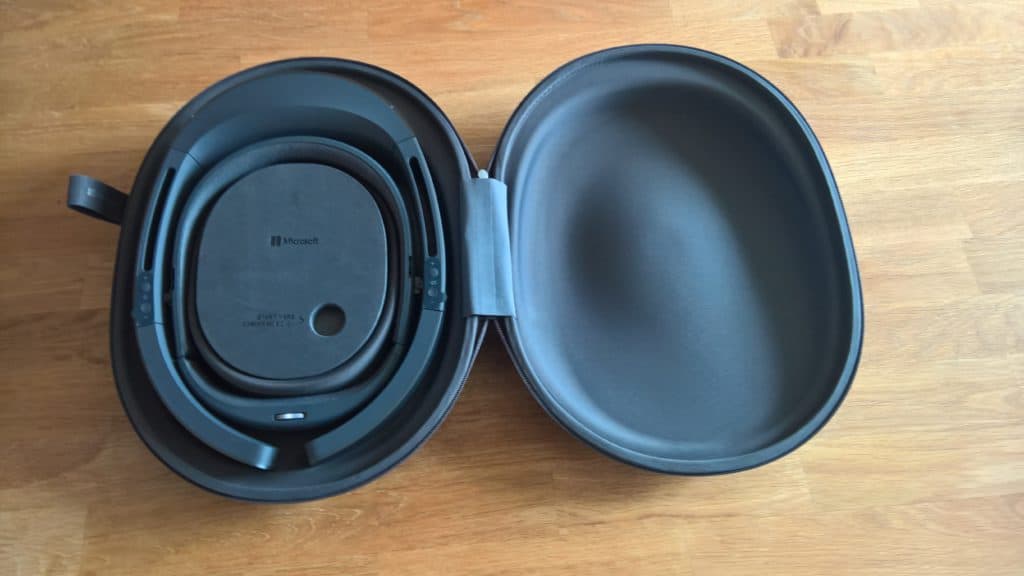 I was quite surprised that the getting started guide only shows how you wear it and how you turn it on and off, but to be honest, that is all you need since the first setup and calibration experience is very easy, self-explaining and very nice designed. 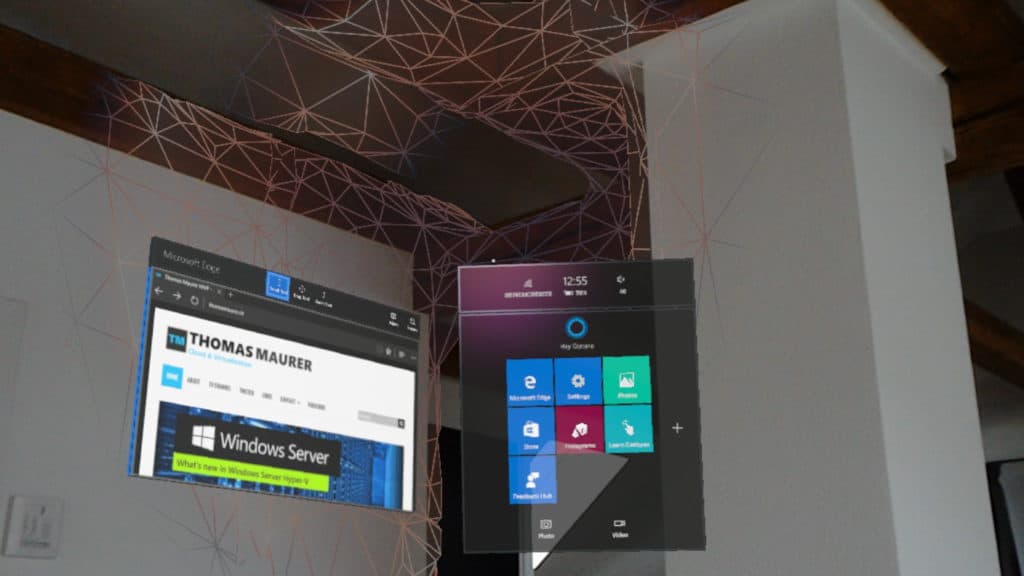 To be honest, since this was the developer edition of HoloLens and it was still one of the first devices and software versions released to the public, I expected thing to be much more difficult and unstable. But already this release for me seems to be pretty good and usable. Even my mum and my dad, which are not really computer nerds, had no problems using it after only a couple of minutes.

To use it you simply look at things, use hand gestures, voice commands or paired Bluetooth devices for input. Especially the voice command and the gestures were working without any problems, things are recognized instantly and with no lag or misbehavior. 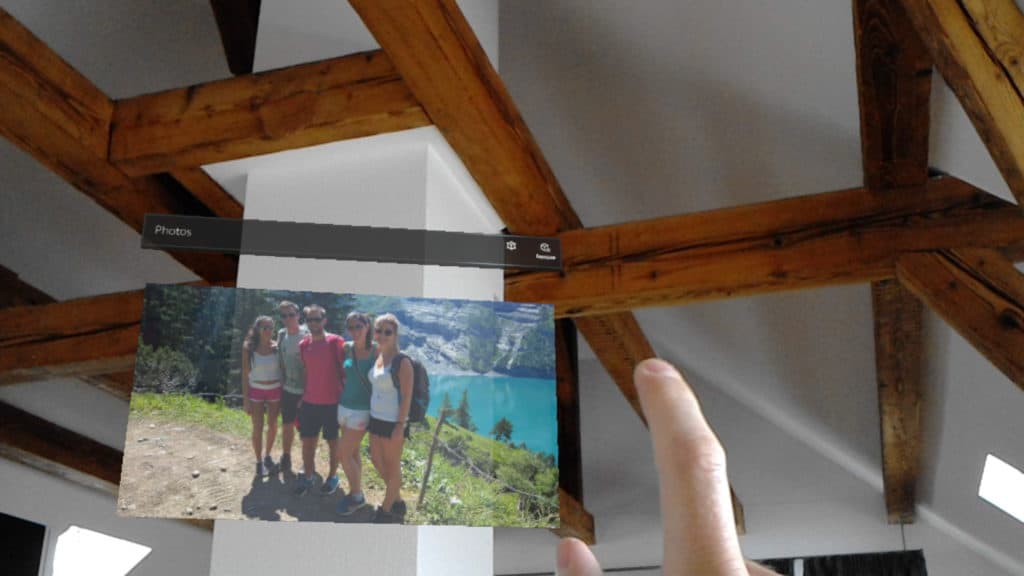 With the bloom gesture you can get a holographic start menu where you can find all the apps and Cortana, you can simply start an app by tapping on it. After that the app starts as a new hologram and you can first place it somewhere in the room. You can also size it and make sure it is at the right place, for example if you want to pin your Microsoft Edge Browser or pictures to the wall. 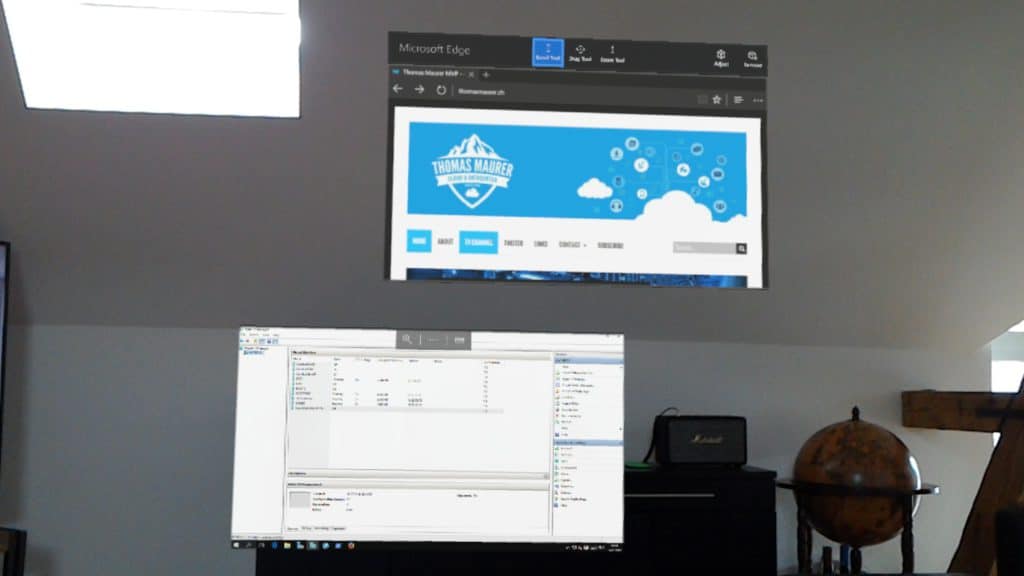 You get some default apps but you can also get some apps from the Windows Store. For me I downloaded the Mail and Calendar app and the Remote Desktop App. This allows me to manage my Hyper-V Servers directly from a hologram. 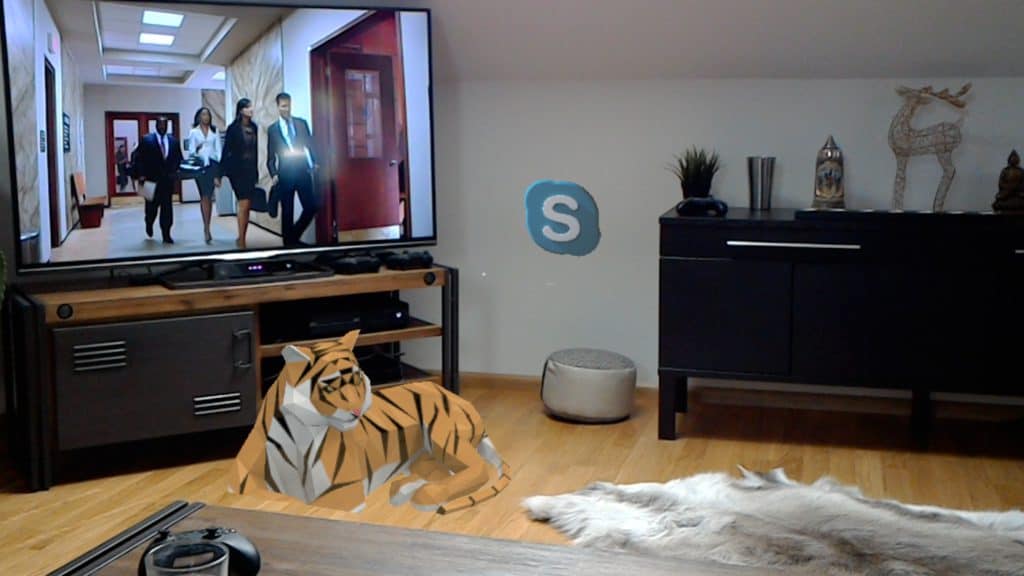 The view is surprisingly good, even the pictures I made to not really show this quality, but when you wear it the resolution and sharpness etc. are not really a problem.

One of the things you will notices is that the windows you can really see holograms is smaller than your normal viewing angle. So for example if a hologram is on the right edge of your view you can’t see it. But to be honest you get used to this very quickly. 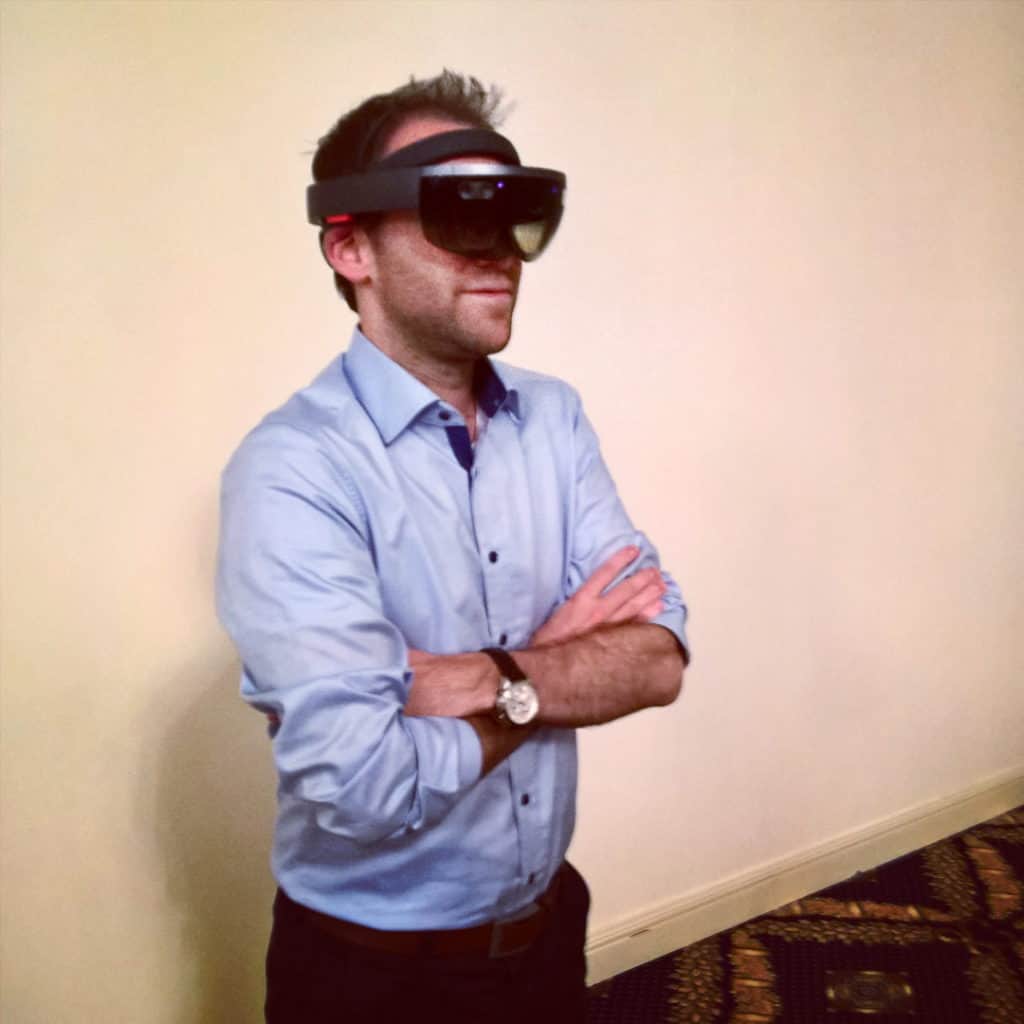