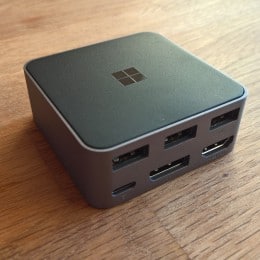 Some days ago I received my new Microsoft Lumia 950 XL, which is one of the first phones with Windows 10 Mobile. Microsoft also created some new cool accessories, such as the Microsoft Display Dock HD-500. The Microsoft Display Dock allows you to connect your Lumia 950 or Lumia 950 XL using a USB-C cable and adding a keyboard and mouse and connect it to a bigger screen. Windows Universal Apps such as for example, Mail, Outlook, Office, Edge, File Explorer and several others scale up on the connected screen like they would run on a desktop computer running Windows 10. This Windows 10 Mobile feature is called Continuum for Phones and it allows you to use your phone as a desktop PC. This is great for example think about it, you only carry your phone and when you need to do some real work you can connect it to mouse, keyboard and screen and you have a desktop ready to use. 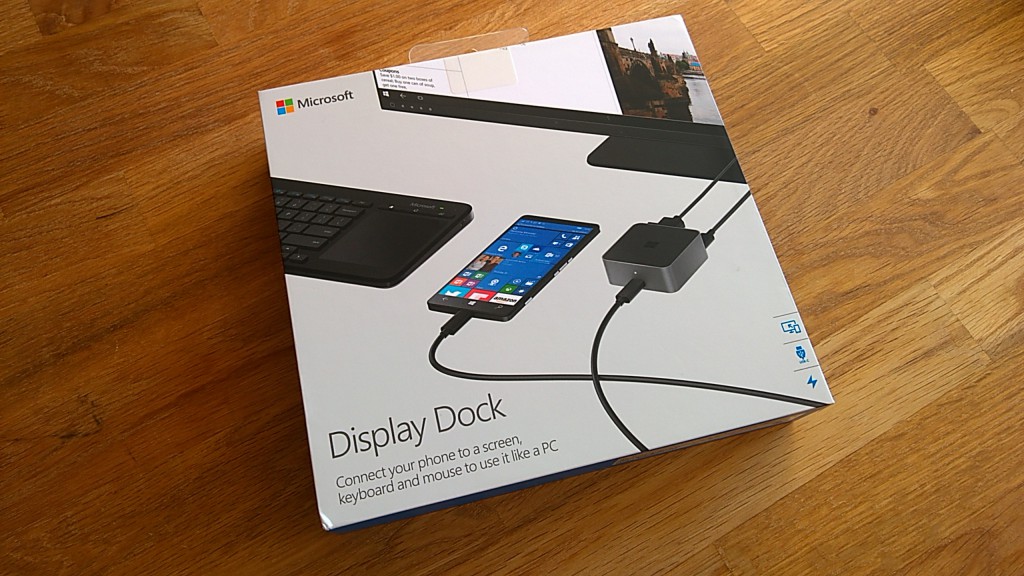 The Microsoft Display Dock HD-500 has a USB-C Port for connecting and charging your phone, 1 powered and 2 full-sized USB 2.0 ports to connect keyboard, mouse, USB drives or external drives, a HDMI and a Display-Port for connecting the screen or beamer. The device supports a resolution up to Full HD (1920×1080). 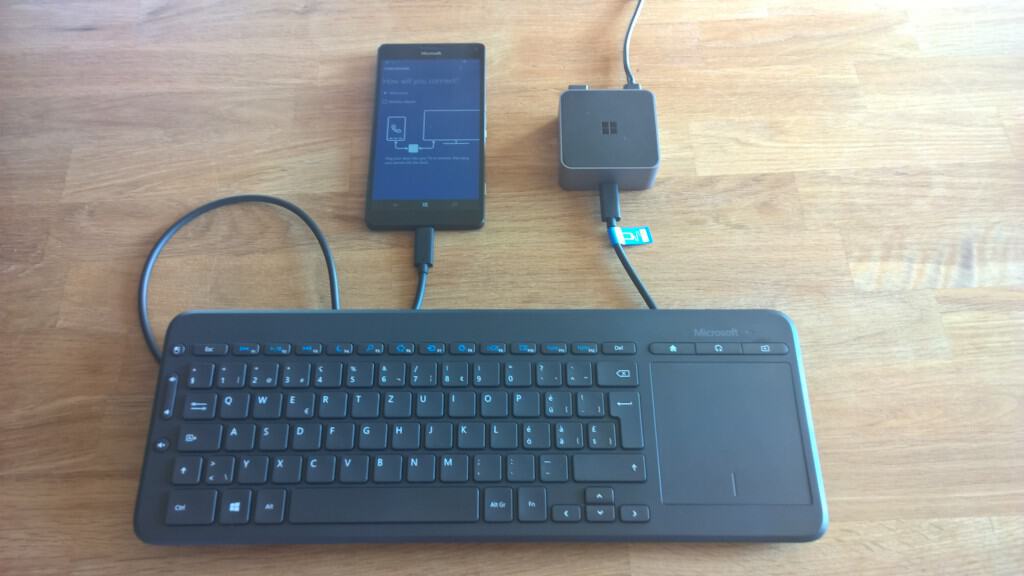 Continuum for Phones makes it possible to use this feature. Now Continuum for Phone also works wirelessly using Miracast for example with the Microsoft Display Adapter or even using the Xbox One with the Wireless Display App (right now for Preview Members only). You can also connect a Bluetooth keyboard and mouse to your phone, so you can use this feature completely wireless. 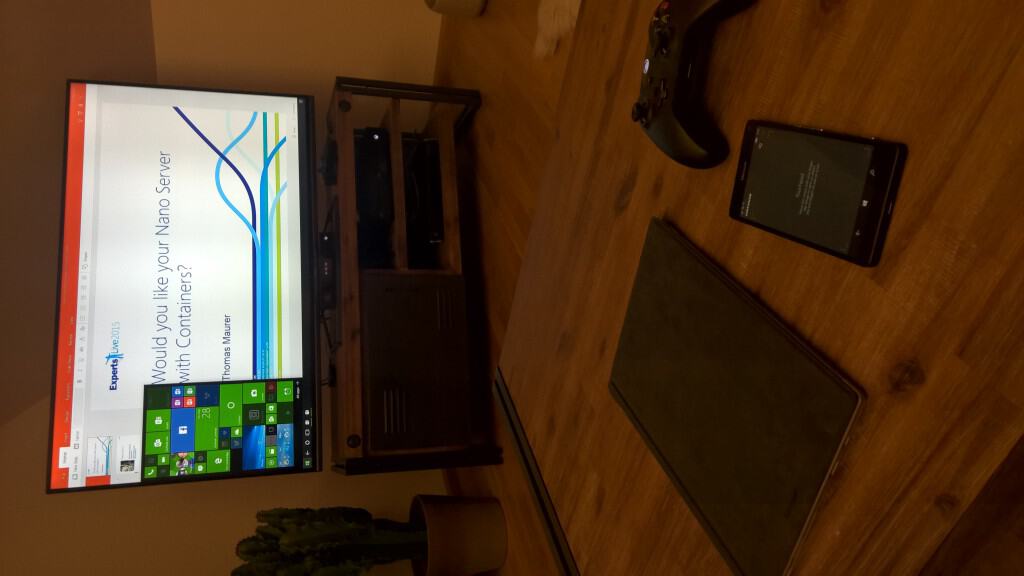 Continuum for Phones has also some limitations, right now it only supports Windows Universal Apps and no Win32 apps or old Windows Phone Apps.

Some apps which work with Continuum for Phones: