You can get more information about what is fixed on the Description of Update Rollup 1 for System Center 2012 Service Pack 1 page.

Thanks to Michel Lüscher (Consultant at Microsoft Switzerland) for the link.

Finally System Center 2012 SP1 is available on TechNet and MSDN. This has been a release we all have been waiting for, since we could get Windows Server 2012 and Windows 8.

Service Pack 1 for System Center 2012 is not just a maintenance release, it also includes a lot of new features for all products and especially for Virtualization:

And of course a lot more, so checkout the downloads on TechNet and MSDN. 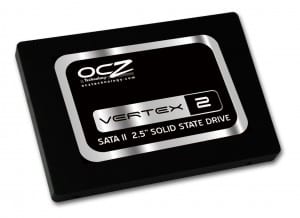 Some weeks ago my HP Elitebook 8460w arrived. The first thing I did was installing a new OCZ Vertex 2 SSD and Windows 7 with Servicepack 1, I installed all the drivers from the HP Support Website and everything worked fine.

Now last week I tried to update the firmware on my OCZ Vertex 2 drive. Now with an Intel Rapid Storage driver installed, the OCZ Toolbox could not find the SSD drive and I could not update the SSD firmware. So I uninstalled the Intel Rapid Storage driver and updated the SSD. After I did this every thing still worked fine. But some days later I got the first Bluescreen after I came out of Hibernate. After searching for a solution I could see I am not the only one with this problem.

Now after some research I think I have the solution. This could be the Microsoft MSAHCI driver in Service Pack 1. After I installed the latest Intel Rapid Storage driver everything worked again.

Since we have installed our Microsoft Hyper-V Cluster on the Cisco UCS, Microsoft released some patches for Hyper-V, Windows and Clustering.

There are two really important Updates which I would recommend for Hyper-V Clusters.

This two updates will bring you a much better experience with your Hyper-V Cluster. It will improve performance, stability and it will add new features.