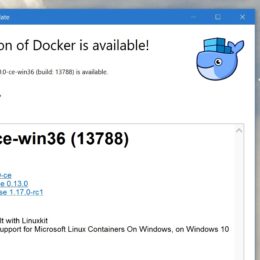 I just blogged about how to run a Docker Linux Container natively on the new Windows Server version 1709. Docker today released a new update for Docker on Windows which also enables this scenario a little bit easier on your Windows 10 machine. It will ask you if you want to use the new feature to run Linux Containers natively on a Hyper-V Container running on Windows 10 (without the Moby VM).

As you can see the only thing right now you have to turn the feature on and off, since in this technical preview it is not yet possible to run Linux and Windows containers in parallel. But I guess soon that will be the case.

What you need is:

You can change the settings in the Docker Settings: 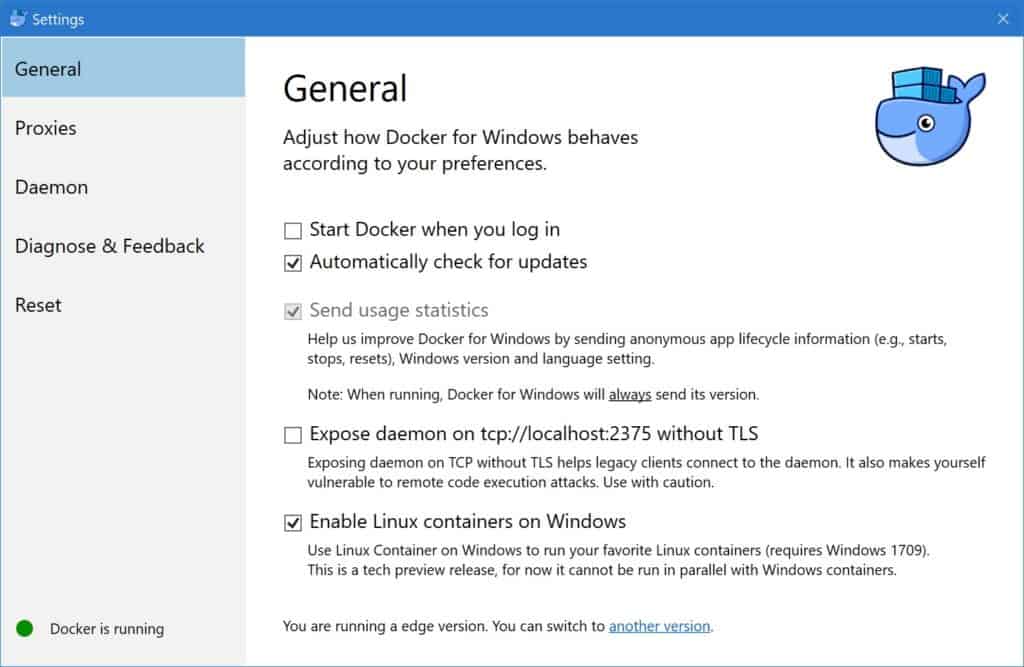 With hat setting on you can now run Linux Containers such as ubuntu on Windows directly, without having a Linux Virutal Machine running in the background to host the Linux containers.

Now you can also do some other fancy things like run the Azure CLI in a Linux Container on Windows 10.

Simple and effective, and it will be even more powerful when you can run Linux and Windows Container in parallel on Windows Sever and on Windows 10.