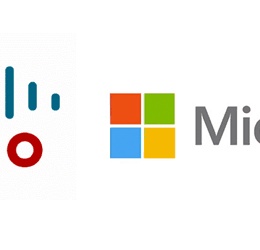 At the Worldwide Partner Conference 2014 Cisco and Microsoft announced a multi-year sales and go-to-market agreement designed to modernize data centers through the delivery and acceleration of integrated solutions. This will focus on bringing a deeper integration between the datacenter technologies of both companies. This includes Cisco UCS and Nexus products as well as Microsoft’s CloudOS solutions based Windows Server, Hyper-V, System Center, SQL Server and Microsoft Azure.

As you may know I am a Microsoft MVP and a Cisco Champion and I really like doing project with Cisco Hardware since they do a lot of integration with the Microsoft Stack especially System Center and PowerShell. In my opinion this could be a strong partnership and will make life of a lot of people a lot easier. 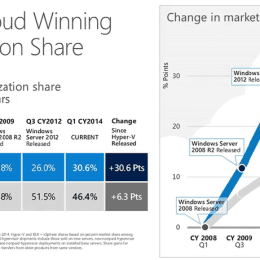 During the WPC 2014 Keynote Microsoft COO Kevin Turner showed the following slide and commented it:

And this because of good reasons, like great features and 4 times lower cost than VMware. So if you are still running VMware you should definitely have a look at Hyper-V now! 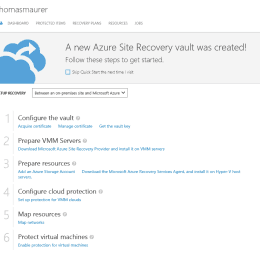 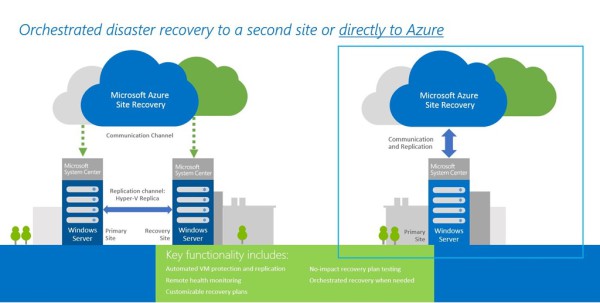 Both solutions use Microsoft on-prem technology like Windows Server Hyper-V Replica and System Center Virtual Machine Manager and you can start using them via the Microsoft Azure Management Portal.

In addition to enabling Microsoft Azure as a DR site in multiple geographies, this preview also includes an impressive list of features for enabling virtual machine replication to Azure:

ASR does not only help you in terms of Disaster Recovery, it also allows you to quickly and easily migrate your Virtual Machines to Azure or create a new dev environment.

Check out the ASR session at TechEd 2014 and Brad Andersons blog about the release of the Azure Site Recovery Preview.

Once you’re ready to see what ASR can do for you, you can check out pricing information, sign up for a free trial, or learn more about the product specs. 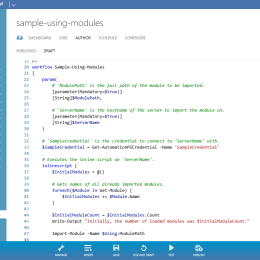 Service Management Automation – The Next Step in Cloud and Datacenter Automation 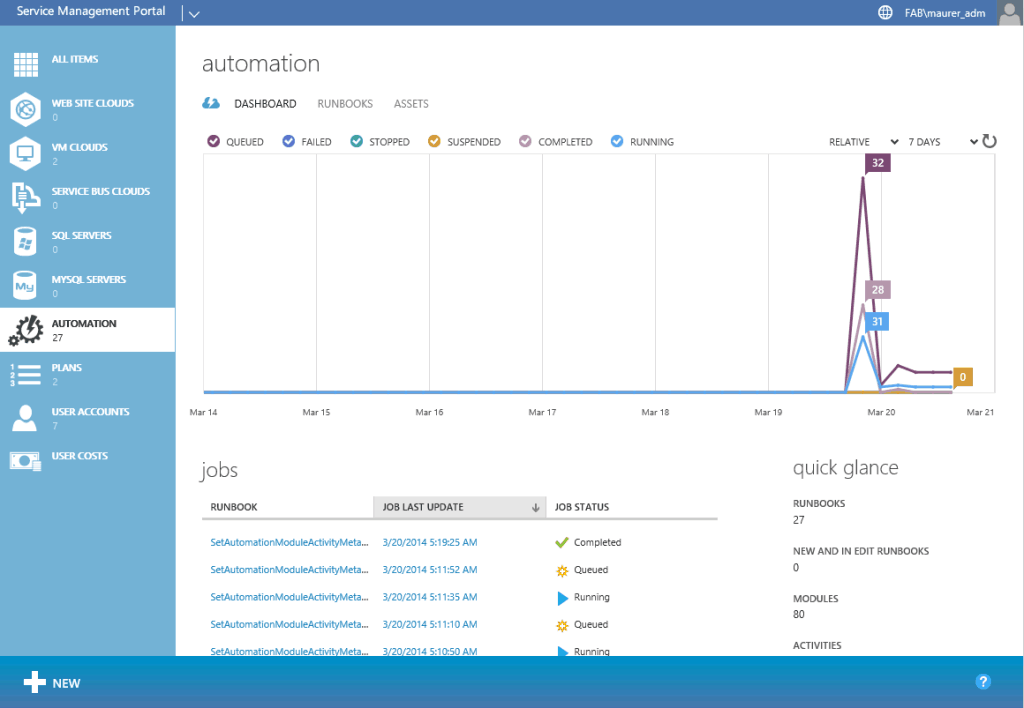 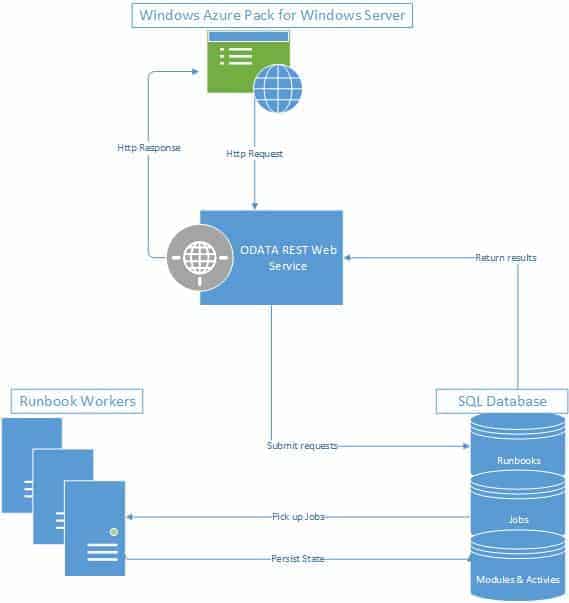 One of the greats enhancements Service Management Automation together with Windows Azure Pack brings is the possibility to link runbooks to SPF and VMM activates used in the Virtual Machine Cloud. What does this mean? For example you link a runbook to a Create Virtual Machine activity, so every time a VM gets created the runbooks starts and also gets as input object the VM which was created. This is just one example what you can do with SMA and Windows Azure Pack VM Cloud, there are a lot of other possibilities as well.

If you compare System Center Orchestrator to Service Management Automation, SMA looks a little bit more complex if you have used a lot of Integrations Packs in SCORCH but if you have done a lot of work in PowerShell you will really like SMA and see the advantages of it.

Service Management Automation does not offer an user interface by itself, instead it is using the Windows Azure Pack portal, where admins can author, run, schedule and link runbooks. 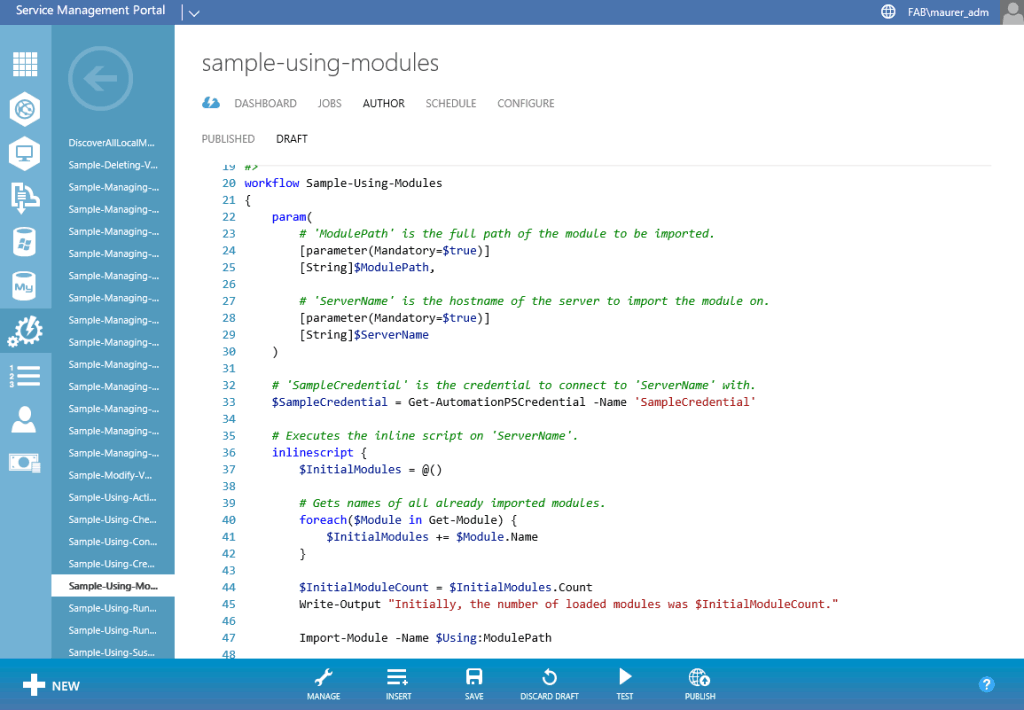 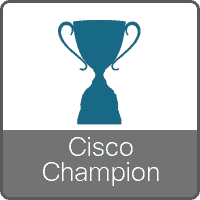 I feel honored to be awarded by Cisco with the Cisco Champion title. Cisco does a lot of great products and I focused on the datacenter solutions which Cisco offers with their Cisco UCS platform and the Microsoft solutions, such as the System Center Integration and the Cisco UCS PowerShell Module.

What makes a Cisco Champion? Passion, plus a desire to share their perspectives with the community. There are Cisco Champions all over the world. They represent a variety of segments across the IT industry. And they offer their time to help others learn about Cisco and connect with Cisco in unique ways.

In addition to sharing their insights and expertise, Cisco Champions make a difference by:

Cisco Champions have a unique opportunity to contribute to and enhance the way people use the latest technologies. They also receive: 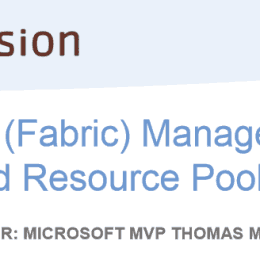 Now the webinar recording is available for an on demand online.

One of the most challenging things during the shift to Cloud Computing is to manage Fabric Resources efficiently. Together with Savision I have worked on a whitepaper in which it is outlined how Fabric resource like Compute, Storage and Network can be managed efficiently and how System Center Virtual Machine Manager provides a solution to build a datacenter abstraction layer.

The whitepaper is focused on building a datacenter abstraction layer of your fabric resources, self-service and service deployment. If you would like to know more about it, join our webinar.

Register for US webinar

Register here for the US webinar on Webinar “VMM (fabric) Management and Resource Pooling” by MVP Thomas Maurer – 8th May 2.00 pm EDT (English)

If you have questions join the webinar or feel free to comment.