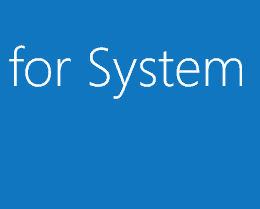 I already posted some information on the Update Rollup 6 for Windows Azure Pack and System Center Virtual Machine Manager. I also want to highlight a change which was made in several different components in System Center and Windows Azure Pack. With UR6 you are now able to track Total Networking Usage Exposure rules in Management Pack. This change introduces two rules that target Hyper-V Hosts:

These rules measure the total incoming and total outgoing traffic in Kilo Bytes per VNic per virtual machine in the following method:

By default, these rules run every hour. Users may opt to override this setting by overriding the IntervalSeconds property. These rules should not be run more frequently than every five minutes (300 seconds).

Behavior in previous versions: VMM did not measure data consumption. It measured only throughput.

SCVMM 2012 SP1 Error: Windows network virtualization is not enabled on a host NIC available for placement 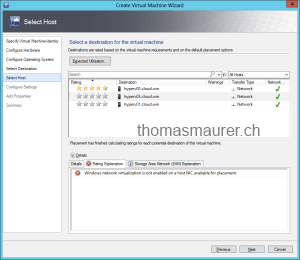 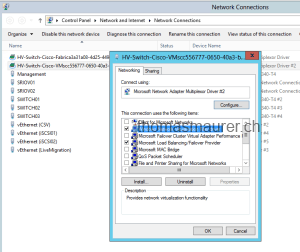 If you are running this on a Team you have to enable the Windows Network Virtualization Filter driver on the Network Adapter Team.

SCVMM 2012: Add Logical Network to all Hyper-V Hosts in HostGroup via PowerShell

To use the Logical Networks in System Center Virtual Machine Manager 2012 on a specific Hyper-V Host or Hyper-V Cluster you have to add the Logical Network to the network interface which the logical network is available. In the GUI you can do this in the properties of the Hyper-V host under Hardware. 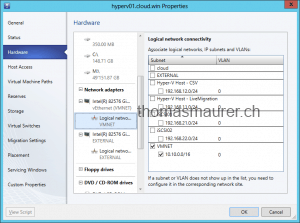 With the release of Service Pack 1 for System Center 2012 Virtual Machine Manager this is gone if you use the Logical Switch.