Only a few days left until I catch my flight with Marcel Zehner (MVP System Center Datacenter & Cloud Management) to Redmond for the Microsoft MVP Global Summit 2013. Microsoft invites all MVPs worldwide (approx 4000) for a great week of learning, sharing and networking on the Microsoft Campus. For this week I had to pack some stuff for the flight and the days we will spend and work there. 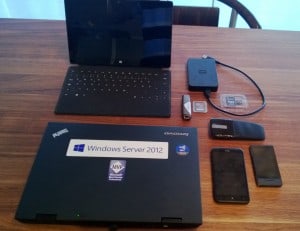 Btw. I really can’t wait to pick up a Microsoft Surface Pro in one of the Microsoft Stores in Seattle or Bellevue. 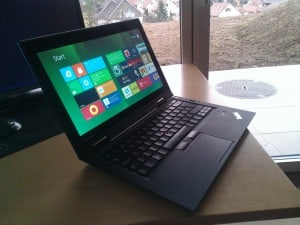 In the last days I got my new machine for work, a Lenovo ThinkPad X1. As usual I always want to work with the latest and greates technology, that’s why I have chosen to set up the ThinkPad X1 with Windows 8. 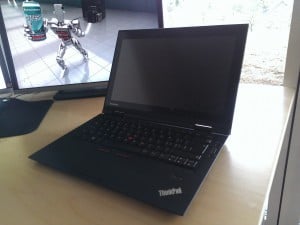 Even in Developer Preview state Windows 8 runs very stable and brings a lot of cool new features which I can use for my daily work. I love the new PowerShell versions and Internet Explorer 10. But the best and the biggest feature for me, is the integration of Hyper-V 3 in Windows 8. So I don’t have to use VMware Workstation or VirtualBox to run virtual machines on my notebook for testing or presentations. I also can simply use the VHD (or VHDX) format to play with virtual machines or even boot them via boot from VHD. 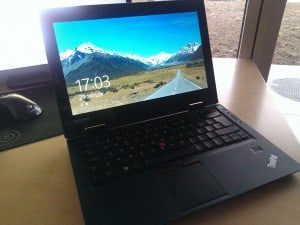 The downside of the Windows 8 Developer Preview is missing .NET framework 3.5, but I think the Windows 8 beta, which should be released by the end of February, should fix this. 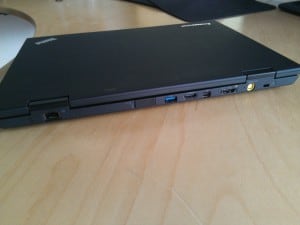 Maybe some people have realized that I am a big fan of business style notebooks. And what would be better business design than the ThinkPad series. Lenovo tried to combine good old ThinkPad values with new design features, and in my opinion succeeded. I really like the ThinkPad design in this very slim chassis. It looks elegant and business “high-class”.

The build quality of the Lenovo ThinkPad X1 is like you would expect it from a ThinkPad. It feels great and very robust. Keith Combs describes it in his review “The ThinkPad X1 is build like a tank.  It’s probably the most solid notebook I’ve ever had in my hands.” and I have to agree with him. 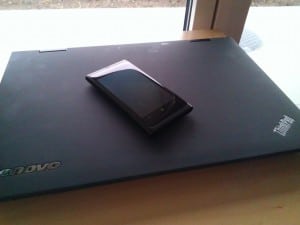 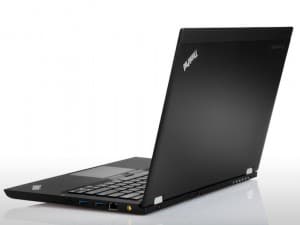 In the last days Lenovo showed pictures of the Lenovo ThinkPad T430u for the first time. The ThinkPad T430u is a 14-inch ultrabook which will be release in 2012. There is not a lot of information about the specs of the T430u but it will use one of the new Intel Ive Bridge CPUs and should also be available with Nvidia discrete graphics options.

This could be a very interessting notebook option for business users. My hope for the T430u is that it will bring a great high-resolution display option. But we will see it later this year or maybe at CES 2012.

More Information about the T430u on theverge.com. 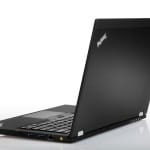 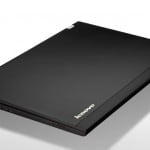 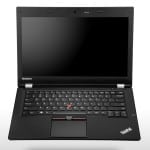 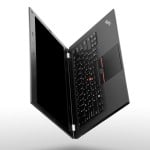 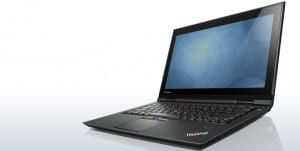 The Lenovo ThinkPad X1 is now shipping in Switzerland. A lot of online shops have it allready in stock.

The Lenovo ThinkPad X1 is a ultra light and thin business class notebook. It’s the thinest ThinkPad ever made. And it looks pretty impressive.